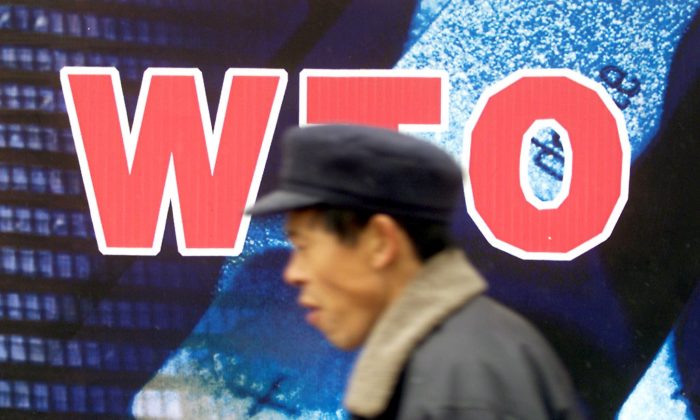 US Urges ‘Reckoning’ Over China’s Trade Abuses at WTO Meeting

Washington has raised the stakes in its trade dispute with Beijing, threatening 10 percent tariffs on $200 billion of Chinese goods. In response, Beijing accused the United States in a July 11 statement of bullying and said it would complain to the WTO.

“Given China’s very large and growing role in international trade, and the serious harm that China’s state-led, mercantilist approach to trade and investment causes to China’s trading partners, this reckoning can no longer be put off,” Shea told the two-yearly WTO review of China‘s trade policies.

But Shea also noted that the WTO may not have “the tools necessary to remedy this situation,” and that the United States is considering methods “outside the WTO” to curb China’s trade abuses.

Under President Donald Trump, the United States has demanded that the WTO‘s dispute system be changed to stop the United States from getting what he regards as an “unfair deal.” Trump has also made a veiled threat to leave the WTO.

Shea expressed concerns that the Chinese regime’s role in the economy had increased. Foreign firms doing business in China or competing with Chinese rivals faced deeper and broader obstacles, he said, adding that Beijing was providing “massive, market-distorting subsidies” and “skewing the playing field… in myriad ways.”

He added that the WTO‘s dispute system focused narrowly on specific policies, and could not deal with a broader situation where state-led policies prevailed over market forces.

“The best solution is for China finally to take the initiative to fully and effectively embrace open, market-oriented policies,” he said.

Other WTO members like Japan, Canada, the European Union, and Switzerland aired concerns about China’s cybersecurity, excess capacity, and the state’s role in the economy.