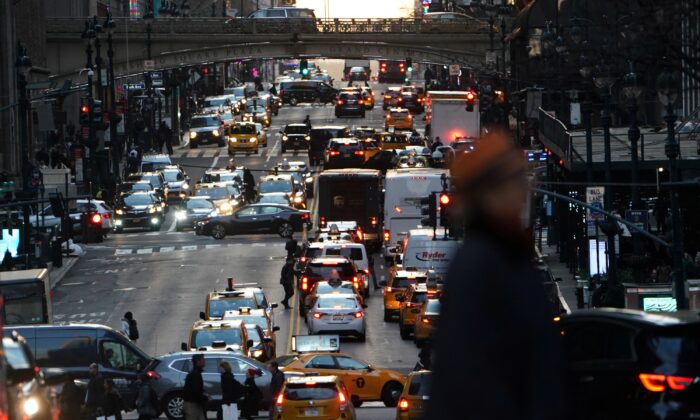 Traffic at twilight along 42nd St. in the Manhattan borough of New York on March 27, 2019. (Carlo Allegri/Reuters)
US News

WASHINGTON—U.S. traffic deaths rose 0.5 percent in the first half of 2022 to 20,175, the highest number killed in the period since 2006, according to an early estimate released by U.S. regulators.

As U.S. roads became less crowded during the pandemic, some motorists perceived police were less likely to issue tickets, experts say, likely resulting in riskier behavior on the roads.

NHTSA research indicates incidents of speeding and traveling without wearing seatbelts were higher than before the pandemic.

NHTSA lost its administrator earlier this month after Steve Cliff took a senior position with the California Air Resources Board and the agency is being run on an acting basis by its general counsel Ann Carlson, who said despite the second quarter decline “the number of people dying on roads in this country remains a crisis.”

“These deaths are preventable, not inevitable, and we should act accordingly,” Buttigieg said on Monday in a statement.