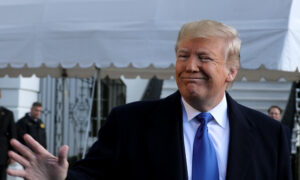 Trump: US Has Not Yet Agreed to Rollback of China Tariffs
0
Share Now
TelegramFacebookTweetEmailTellMeWeReddit
Copy Link 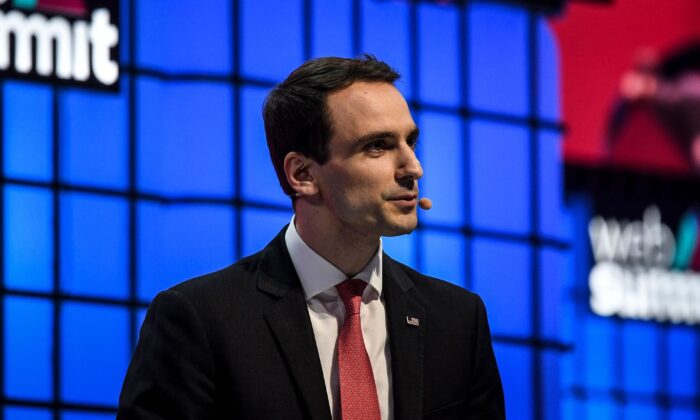 Kratsios, in his first major international remarks on Nov. 7 after being confirmed by the Senate in August, spoke about the Trump administration’s efforts to lead in emerging technologies, urging that if they didn’t act now, the Chinese communist regime’s influence and control of technology would “not only undermine the freedoms of their own citizens but all citizens of the world.”

Much of his speech at a major global technology conference in Lisbon, Portugal, was dedicated to urging America and Europe to work together in embracing technology innovation to “defend our free system against our adversaries, that seek to undermine our shared values.” He also singled out Chinese technology giant Huawei at the 2019 Web Summit as an example of the Chinese Communist Party (CCP) “extending its authoritarianism abroad.”

“We are fighting to defend the free market system that fuels our innovation,” Kratsios said. “We’re fighting so technological advances driving our economies, strengthening our security, powering our citizens, and defining our future will be built by us with our values.

“If we allow Beijing such a profound degree of access and influence in our technology system, we run the risk of repeating the same mistakes our nation’s [leaders] made nearly 20 years ago. In 2001, our leaders [led] China into the World Trade Organization, expecting that as we opened our economies to them, the country would liberalize politically and economically.

“Instead, China stole our intellectual property. They forced companies to hand over valuable technology … to access their market, and now, they require access to all data, information, and secrets contained on any server in China,” he continued.

Under Chinese law, Huawei and all other Chinese companies must cooperate with the regime’s Intelligence and Security Services, regardless of where the company actually operates, Kratsios said. He also referenced reports about Huawei installing equipment at the headquarters of the African Union, with the union’s computer system then being hacked and the data being transferred to servers in Shanghai. He said that occurred “every single night for five years.”

The CCP has representatives in almost every large company in China, meaning that they all have the same objective in carrying out the goals of the state, Charity Wright, a cyberthreat intelligence adviser at IntSights with 15 years’ experience with the U.S. Army and the National Security Agency, recently told The Epoch Times.

In response to Kratsios’s speech, Huawei released a Nov. 7 statement rejecting his assertions, saying it’s a “100% private company exclusively owned by its employees.” Huawei claimed it had no control or access to the data in the African Union headquarters, saying it was managed and operated by the organization’s IT staff.

The United States has been “forced to take steps” to block the infiltration of technology infrastructure, the stealing of American research and innovation, and the use of the resulting technology to violate human rights, Kratsios said. China is the most active perpetrator of economic espionage in the United States, according to a White House Office of Trade and Manufacturing Policy report.

“We have the will to make the right choices now, and the courage to ratify our words with actions. The American government is taking a stand and we cannot do this without Europe and our allies around the world,” Kratsios said.

In May, President Donald Trump signed an executive order that would allow the government to block the purchase of foreign-made telecommunications equipment deemed a national security risk to the United States. The Trump administration has also previously lobbied other countries against using Huawei’s 5G equipment.

Kratsios’s speech came just days after Ajit Pai, chairman of the U.S. Federal Communications Commission, gave remarks similar in scope and tone at the Council on Foreign Relations, a nonprofit think tank. Pai called Huawei’s dominance in 5G a “major concern” for the United States that could open the door to surveillance, espionage, and other dangers.