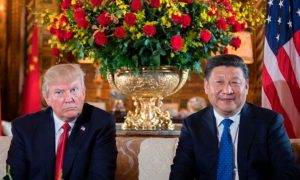 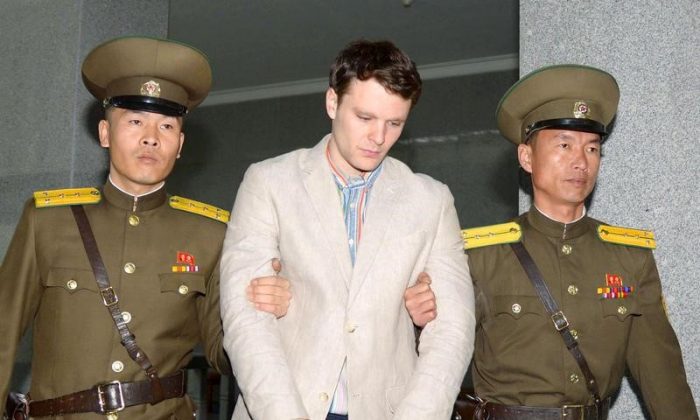 Otto Frederick Warmbier (C), a University of Virginia student who was detained in North Korea since early January 2016, is taken to North Korea's top court in Pyongyang, North Korea, in this photo released by Kyodo on March 16, 2016. (REUTERS/Kyodo)
International

U.S. student Otto Warmbier, who was imprisoned in North Korea for 17 months before being returned home in a coma less than a week ago, has died in a Cincinnati hospital, his family said in a statement on Monday.

“Unfortunately, the awful torturous mistreatment our son received at the hands of the North Koreans ensured that no other outcome was possible beyond the sad one we experienced today,” the family said in a statement following Warmbier‘s death at 2:20 p.m. EDT at the University of Cincinnati Medical Center.

His family has said that Warmbier, 22, had lapsed into a coma in March 2016, shortly after he was sentenced to 15 years of hard labor in North Korea.

He was arrested, according to North Korean media, for trying to steal an item bearing a propaganda slogan.

The University of Virginia student’s father, Fred Warmbier, said last week that his son had been “brutalized and terrorized by the Pyongyang government and that the family disbelieved North Korea’s story that his son had fallen into a coma after contracting botulism and being given a sleeping pill.

Doctors who examined Otto Warmbier after his release said there was no sign of botulism in his system.

Tensions between the United States and North Korea have been heightened by dozens of North Korean missile launches and two nuclear bomb tests since the beginning of last year. Pyongyang has also vowed to develop a nuclear-tipped intercontinental ballistic missile capable of hitting the U.S. mainland.

Susan Thornton, the U.S. acting assistant secretary of state for East Asia, said earlier on Monday that the United States was concerned for the welfare of the three other U.S. citizens still held in North Korea – Korean-Americans Tony Kim, Kim Dong Chul and Kim Hak Song.