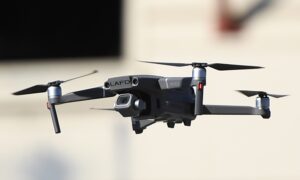 US Should Sanction Chinese Drone Maker DJI for Sending Data to China: Report

U.S. think tank Heritage Foundation is calling on the Trump administration to impose sanctions on Chinese drone maker DJI because the data it collects could fall into the hands of the Chinese regime. On August 19, a report was published indicating the data collected by Chinese drones flown in the country would include the precise location of critical infrastructure and sensitive information, including locations of civic leaders, their movements, and interactions.

Report co-author Lora Ries, a senior research fellow at the think tank, told The Epoch Times: “Due to Chinese laws, Chinese corporations are unable to deny data requests from the Chinese government. Given the data that is collected, the risk is that such information is going back to Beijing.”