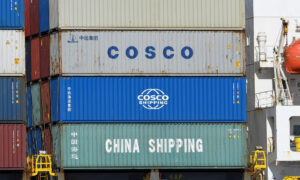 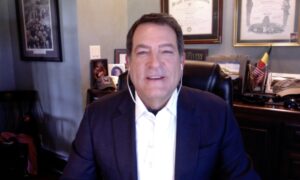 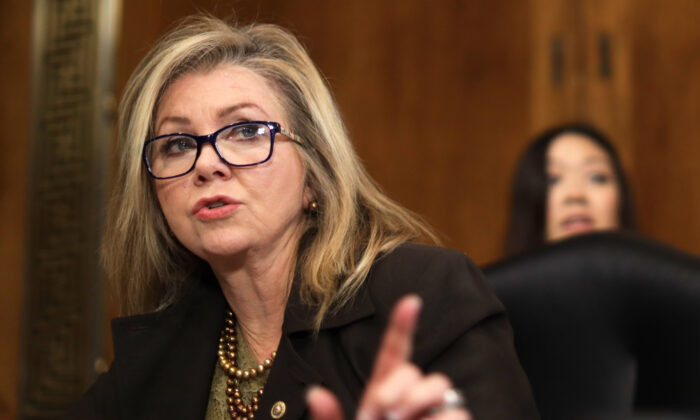 US Should Move Manufacturing Out of China to Push Back Against Beijing: Sen. Blackburn

China’s growth into a manufacturing powerhouse in recent decades has been fueled by a host of unfair economic practices, including an aggressive campaign of state-sponsored intellectual property theft, Blackburn told The Epoch Times’ “American Thought Leaders” program.

“China will lie to you, they will steal from you. And if you catch them, they’re going to try to cheat you,” she said.

In recent years, under the economic policy of Made in China 2025, the regime has been rapidly developing domestic manufacturing in high-tech and critical industries, including robotics, telecommunications, and pharmaceuticals. The senator warned that such efforts expose the United States and other countries to great risk.

“Basically, then they have the ability to hold the world hostage when the world needs a certain something, such as pharmaceuticals, which we have needed now,” Blackburn said.

The pandemic has exposed vulnerabilities in global supply chains, particularly in medical gear and pharmaceuticals.

China is the world’s largest producer of ingredients used to make drugs. The United States is heavily dependent on either drugs that are sourced from China, or drugs made from ingredients manufactured in China.

In March, Blackburn and Sen. Bob Menendez (D-N.J.) introduced the Securing America’s Medicine Cabinet (SAM-C) Act, which would reduce American dependence on China for ingredients used to make drugs by boosting homegrown production. The bill would authorize $100 million to be allocated to develop innovations and conduct workforce training.

Blackburn added that this measure could be used as a blueprint for onshoring other critical industries, such as semiconductors, batteries, and telecommunications equipment.

“We need to do a better job of making plans for those rainy days, and for those adverse events that are always going to happen,” she said.

Blackburn lambasted Beijing’s coverup of the CCP virus outbreak, which lead to the global spread of the virus.

The Congressional Budget Office estimated that the U.S. economy could contract by nearly $8 trillion in the next 11 years due to the downturn from the pandemic.

“Our grandchildren are going to be paying for this,” she said.

The senator is among the many voices both inside and outside the United States calling for Beijing to be held accountable for its mishandling of the outbreak. Last month, she co-sponsored the Stop COVID Act that would allow Americans to sue the Chinese Communist Party in courts to recover losses suffered as a result of the pandemic. The legislation, which has also been introduced in the House, would remove the legal protection from U.S. lawsuits that foreign countries currently enjoy.

Blackburn also urged Americans to think about “our relationship with China, and the way they’re pushing their tentacles into the U.S.”

She cited the example of how Beijing has installed itself in the American education system by opening Confucius Institutes in U.S. colleges, and Confucius Classrooms in K–12 grade schools. While billed as Chinese language and culture centers, these Beijing-funded organizations have attracted mounting criticism over their role in snuffing out academic freedom and spreading propaganda. There are around 80 Confucius Institutes and more than 500 Confucius Classrooms across the country, according to the advocacy group National Association of Scholars.

“If you have a child whose K through 12 school has a Confucius Classroom … you need to ask what the participation of the Chinese Communist Party is with that classroom, because what they are speaking is, by their own admission, propaganda.”