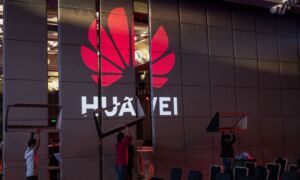 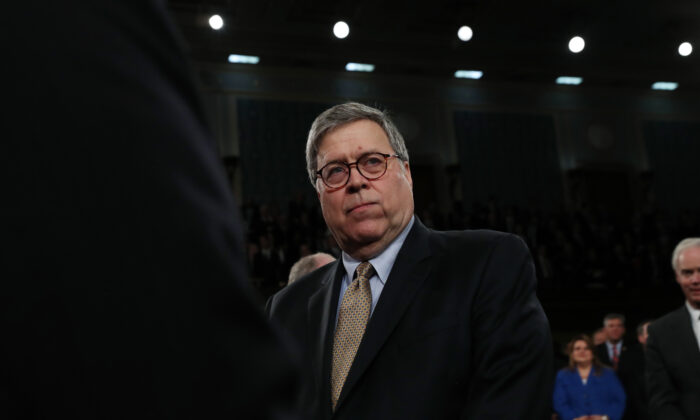 The country and its allies have a five-year window—the time within which global 5G dominance will be determined—to launch a viable competitor to Huawei and counter China’s leadership in the next-generation wireless technology, Barr said at a Washington conference on Feb. 4 on the Department of Justice’s efforts to combat Chinese threats.

“The time is very short, and we and our allies must act quickly,” the attorney general said.

China currently dominates the global 5G infrastructure market, capturing 40 percent through companies Huawei and ZTE. 5G is the next generation of mobile networks that will offer internet connectivity at speeds 10 to 100 times faster than 4G. The fast connection is set to revolutionize many industries, including transportation, healthcare, and manufacturing.

“The Chinese are using every lever of power to expand their 5G market share around the globe,” Barr said.

His remarks come as the United States works to convince its allies to bar Huawei—the world’s largest supplier of telecoms gear—from their 5G rollouts, on the grounds that the company poses national security risks. U.S. officials have repeatedly warned that the Chinese tech giant’s products could be used by the Chinese regime for spying and to disrupt communication networks. Such concerns are based on the company’s links to the Chinese military, as well as the fact the Chinese laws compel companies to cooperate with intelligence agencies when asked.

From a security perspective, allowing the Chinese regime to dominate 5G technologies would mean that it could “shut countries off” should Beijing wish to retaliate against foreign firms or governments, Barr said, adding that this “unprecedented economic leverage” is vastly more powerful than economic sanctions.

The United States should also be worried about the vast economic advantage China gains if it controls 5G, Barr said. He estimated that new technologies powered by 5G could generate new economic opportunities of $23 trillion by 2025.

“For the first time in history, the United States is not leading the next technology era,” he said.

“If China establishes sole dominance over 5G, it will be able to dominate the opportunities arising from a stunning range of emerging technologies that will be dependent on, and interwoven with the 5G platform,” he added.

The United States and its allies thus need to be able to offer an alternative to Huawei—today.

“What we need today is a product that can win contracts right now—a proven infrastructure that network operators will make a long-term commitment to today.  In other words, we need a product that can blunt and turn around Huawei’s momentum currently,” Barr said.

He said that the United States and its allies should “actively consider” the possibility of backing Huawei’s two main overseas competitors: Nokia and Ericsson. This could be done by American ownership in a controlling stake at these companies, either directly or through a consortium of U.S. firms.

“Putting our large market and financial muscle behind one or both of these firms would make it a more formidable competitor and eliminate concerns over its staying power,” Barr said.

The attorney general also urged the Federal Communications Commission (FCC), which is currently auctioning high-band spectrum for 5G, to promptly decide on whether to also make available mid-band spectrum, which has slower speeds but more coverage area. He said that this approach of running both spectrums in tandem could “cut the time for U.S. 5G deployment from a decade to 18 months, and save approximately $80 million. ”

“Our economic future is at stake,” he said. “We have to bear in mind that, given the narrow window we face, the risk of losing the 5G struggle with China should vastly outweigh all other considerations.”