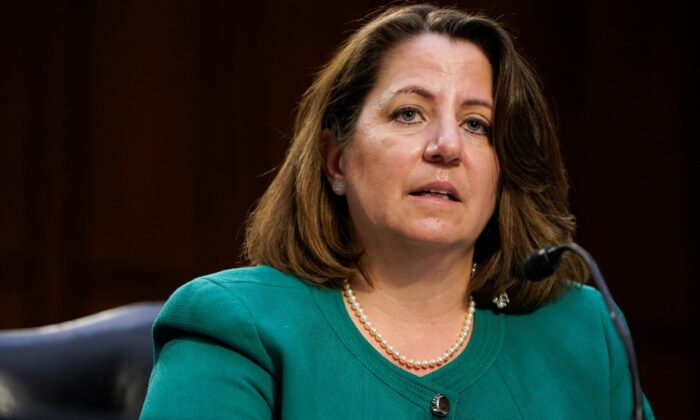 Nominee to be Deputy Attorney General Lisa Monaco testifies before the Senate Judiciary Committee during her confirmation hearing on Capitol Hill in Washington, on March 9, 2021. (Joshua Roberts/File/Reuters)
Executive Branch

WASHINGTON—The U.S. Senate Judiciary Committee on Thursday overwhelmingly approved by a voice vote President Joe Biden’s nominee to serve as deputy attorney general, Lisa Monaco, paving the way for her to receive a confirmation vote on the Senate floor.

At the same time, however, Republicans signaled they would not be willing to support Biden’s associate attorney general nominee Vanita Gupta.

“Her public record is too extreme and her testimony hasn’t helped me contextualize it in any meaningful way,” Ranking Republican Charles Grassley said on Thursday.

Debate on Gupta’s record is expected to continue before the panel proceeds to vote on her nomination.