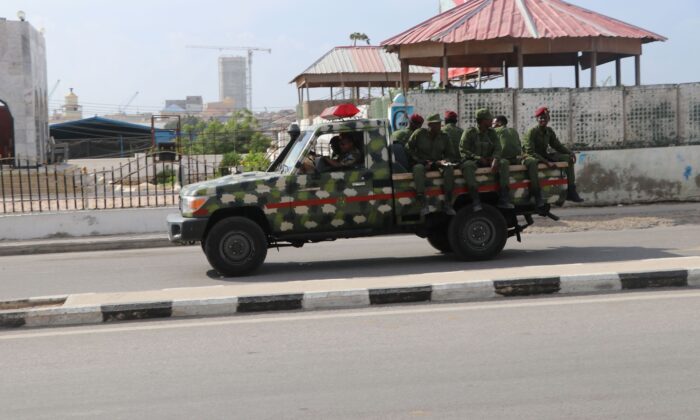 Somali government soldiers on a Military vehicle are seen outside the SYL hotel in Mogadishu on Dec. 11, 2019. (Abdirazak Hussein Farah/AFP via Getty Images)
Africa

US Says It Kills 2 Al Shabaab Terrorists in Somalia Airstrike

NAIROBI—The U.S. military said it had killed two fighters from the al Shabaab terrorist group in an airstrike in a remote part of Somalia’s southern Jubaland state on Sunday.

The United States has been carrying out air strikes in Somalia to try to defeat al Shabaab, an al Qaeda franchise seeking to implement its interpretation of Islamic law and overthrow the country’s Western-backed central government.

The strike took place near Libikus in the Lower Juba region, U.S. Africa Command (AFRICOM) said in a statement late on Monday.

“The command’s initial assessment is that two al Shabaab terrorists were killed in action,” AFRICOM said. “No civilians were injured or killed given the remote nature of where this engagement occurred.”