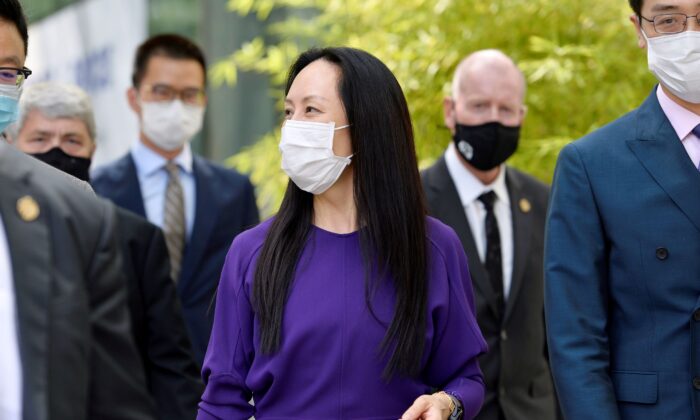 US Resumes Talks With Huawei CFO on Resolving Criminal Charges: Globe and Mail

The U.S. Department of Justice (DOJ) is in talks with Huawei and its Chief Financial Officer Meng Wanzhou’s lawyers about an agreement that could allow her to return to China, the Globe and Mail reported on Friday, citing Canadian sources.

Meng was arrested at Vancouver International Airport in December 2018 on a warrant from the United States, charging her with fraud for allegedly misleading HSBC about Huawei’s business dealings in Iran.

The United States is prepared to end an extradition request and criminal proceedings against Meng if she pleads guilty and pays a hefty fine, the report said, citing sources.

Both parties have been in talks for weeks, the newspaper added, citing two of its sources.

Huawei and the U.S. Justice Department did not immediately respond to requests for comment.

Meng, who has maintained her innocence and is fighting extradition to the United States, is confined to Vancouver and monitored 24/7 by private security, that she pays for, as part of her bail agreement.

Judicial hearings in her extradition case wrapped up in August with the date for a ruling to be set on Oct. 21.

Following Meng’s arrest, China detained two Canadians, and sentenced one in August to 11 years in prison for espionage, in a move widely seen as retaliation.

The Globe and Mail report said the development could open the door for China to free the Canadians, without quoting sources. However, it said Huawei’s talks with the United States did not include what will happen to the Canadians.