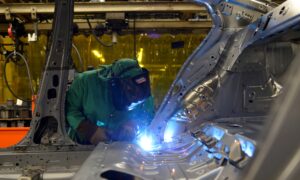 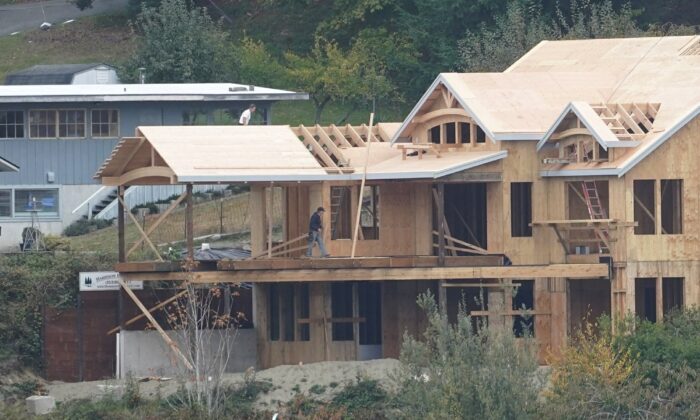 Workers are shown on a home under construction, along the waterfront in Gig Harbor, Wash., on Oct. 28, 2020. (Ted S. Warren/AP Photo)
US News

WASHINGTON—U.S. productivity increased between July and September, but at a slower pace than in the previous quarter.

Productivity measures the amount of output per hour of work and is a key component in rising living standards.

Even with the third-quarter slowdown, productivity is higher than it’s been over much of the past decade. Productivity grew by a modest 1.7 percent for all of last year after an even slower 1.4 percent gain in 2018.

Economists have had parse numbers this year distorted by the pandemic, with the big surge in the second quarter revealing how employment dropped more sharply than output. With fewer workers employed, productivity at many companies was elevated.

“The data have been especially volatile quarter-to-quarter reflecting the impact of COVID-19 on the economy,” said Rubeela Farooqi, chief U.S. economist at High Frequency Economics. “The underlying trend in productivity will likely moderate in the near term.”