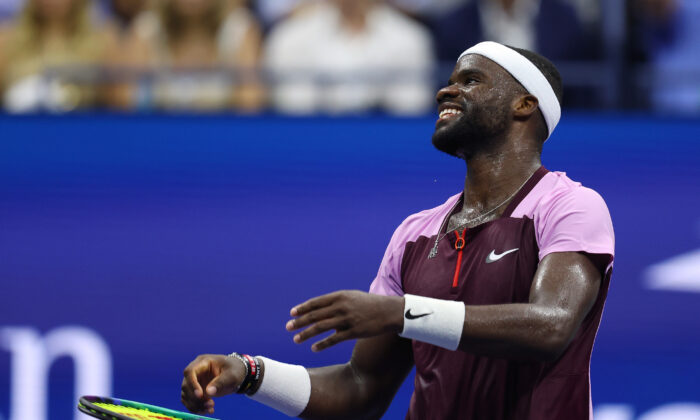 Frances Tiafoe produced one of the biggest upsets at the U.S. Open after stunning 22-times Grand Slam champion Rafa Nadal in the fourth round, while Spanish teenager Carlos Alcaraz battled past Marin Cilic in a late-night thriller on Monday.

Home hope Tiafoe, 24, pulled off a 6–4, 4–6, 6–4, 6–3 victory to hand Nadal his first Grand Slam loss this year after the Spaniard withdrew from his Wimbledon semifinal with an abdominal injury.

“I don’t even know what to say right now, I’m beyond happy, I’m almost in tears,” said Tiafoe, who will face Andrey Rublev in the quarterfinals after the Russian shrugged off a rain delay to breeze past Cameron Norrie in straight sets.

Alcaraz, last year’s quarterfinalist, remained on course for another memorable run at Flushing Meadows after squeezing past 2014 champion Cilic 6–4, 3–6, 6–4, 4–6, 6–3 to set up a showdown against Jannik Sinner.

Earlier, world number one Iga Swiatek recovered from a set and a break down to see off her 108th-ranked German opponent Jule Niemeier 2–6 6–4 6–0.

Swiatek will take on in-form Jessica Pegula for a place in the semifinals.