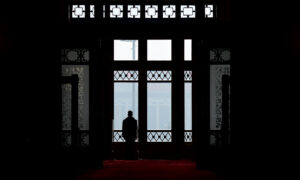 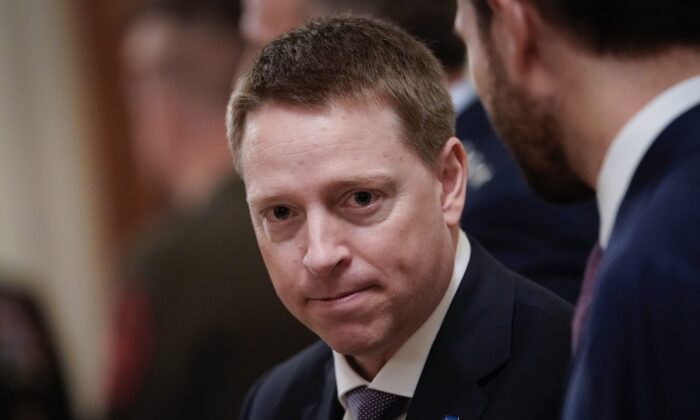 US Needs to Fight Back Against China’s ‘Political Warfare,’ Expert Warns Senators

The Chinese regime is waging political warfare against the United States, and U.S. policymakers need to recognize it for what it is, warns former deputy national security adviser Matthew Pottinger.

“We’ve failed to adequately appreciate I think one of the most threatening elements of Chinese strategy, and that’s the way it seeks to influence and coerce Americans, including political, business, and scientific leaders, in the service of Beijing’s ambitions,” said Pottinger on Aug. 4 during a Senate Intelligence Committee hearing.

The regime’s different methods to achieve that strategy have been a “manifestation of political warfare,” Pottinger said, taking a cue from former U.S. diplomat George F. Kennan.

Kennan—best known for formulating the U.S. policy of “containment” to oppose the Soviet Union following World War II—used the term “political warfare” in his 1948 memorandum, in which he described it as “the employment of all the means at a nation’s command, short of war, to achieve its national objectives.”

Pottinger, who served under the Trump administration, is now a distinguished visiting fellow at Stanford University’s Hoover Institution.

China’s political warfare has several elements, the most crucial one being the “united front” work, which is headed by the Chinese Communist Party’s (CCP) United Front Work Department (UFWD), according to Pottinger.

“Instead of practicing diplomacy, the United Front gathers intelligence about and works to influence private citizens, as well as government officials overseas, with a focus on foreign elites and the organizations they run,” Pottinger said.

In October 2020, the U.S. State Department designated the Washington-based National Association for China’s Peaceful Unification, which is controlled by the UFWD, as a foreign mission for its “malign influence” in the United States.

William Evanina, former director of the U.S. National Counterintelligence and Security Center, also warned about China’s UFWD at the hearing while commenting on China’s comprehensive threat to the United States.

“[Chinese leader] Xi Jinping has one goal, to be the geopolitical, military, and economic leader in the world,” Evanina said. “He, along with China’s Ministry of State Security, the People’s Liberation Army, and the United Front Work Department, drive a comprehensive and whole-of-country approach … to invest, leverage, infiltrate, influence, and steal from every corner of the United States.”

A recent addition to China’s political warfare was its “exploitation of U.S. social media platforms,” according to Pottinger.

In recent years, Chinese diplomats and China’s state-run media have taken to Twitter and Facebook to broadcast the regime’s propaganda and disinformation to a global audience.

The Chinese regime has amassed a huge database of American personal information, after a number of cyberattacks in recent years. For example, in 2017, Chinese hackers stole names, birth dates, Social Security numbers, and driver’s license numbers for about 145 million Americans, after hacking into the online systems of U.S. credit-reporting agency Equifax.

“The Party [CCP] now compiles dossiers on millions of foreign citizens around the world, using the material it gathers—to influence and target, and intimidate, reward, blackmail, flatter, humiliate, and ultimately divide and conquer,” Pottinger said.

“U.S. universities, maybe with help from the U.S. government, should also hand a second smartphone to every Chinese national who comes to study in our schools in the United States, so that they have a smartphone that is free from Chinese apps such as WeChat,” Pottinger recommended.

WeChat’s parent company, Tencent, is known for complying with Beijing’s censorship rules in China. The company has extended the rules to WeChat’s U.S. users.

In summary, Evanina said the CCP constitutes “the most complex, pernicious, aggressive, and strategic threat our nation has ever faced.”

America will be very different in the future if the Chinese regime’s influence in the United States isn’t properly confronted, warned Sen. Marco Rubio (R-Fla.), Senate Intelligence Committee vice chairman, at the hearing.

“If we don’t wake up, and we don’t address this now, the America our children are going to inherit, very soon, could very well be one where the sanctimonious preachings of a genocidal communist tyranny will be the only thing that Americans will be allowed to hear or say about China,” Rubio said.