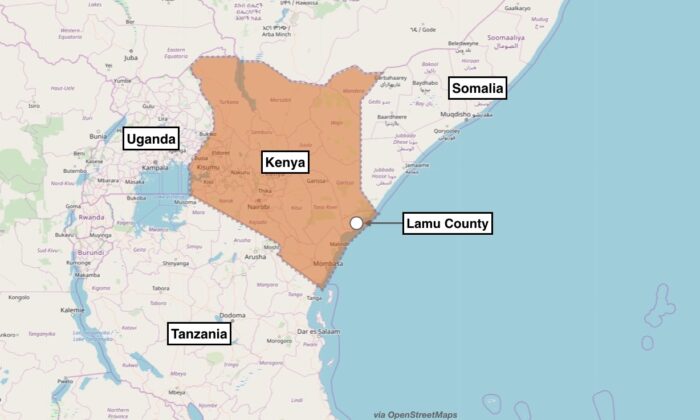 An al-Shabaab terrorist leader who had a role in an attack on an airbase that killed an American solider and a contractor, was killed in an airstrike, the U.S. military confirmed.

“Post-strike assessments confirm the two terrorists killed in the Feb. 22 precision airstrikes were an individual associated with the attack on Manda Bay and his wife, who was also a known al-Shabaab member,” U.S. Africa Command said in a statement on Tuesday.

The two al-Shabaab members were identified as a senior leader who had been “in charge of planning and directing terrorist operations on the Kenya border region,” Africa Command wrote, adding that he was involved in an attack on Kenya’s Manda Bay base.

On Jan. 5, terrorists loyal to the group launched an attack on Manda Bay and killed a U.S. service member and contractor. U.S. and Kenyan forces were ultimately able to push the terrorists back.

His wife, whom the military described as an active al-Shabaab member involved in terrorist activists, was also killed in the recent airstrike, according to the statement.

“Since January 5, U.S. Africa Command and our partners have pursued those responsible for the attack on U.S. and Kenyan forces at Manda Bay,” said U.S. Army Gen. Stephen Townsend in a statement.

“This strike demonstrates that we will continue to relentlessly pursue those responsible for Manda Bay and those wishing to do harm to Americans and our African partners,” Townsend added.

Al-Shabaab is considered to be one of the largest affiliates of the al-Qaeda terrorist organization.

The Feb. 22 airstrike was carried out in the vicinity of Saakow, Somalia, Africa Command said in a previous statement.

“U.S. Africa Command will continue to support our African and European partners in the fight against al-Shabaab,” added Townsend. “It is important to impact their ability to threaten peace and security in East Africa and prevent their threats against the U.S. from being a reality.”

Last week, in an unrelated attack, al-Shabaab terrorists killed at least 12 Somali soldiers and briefly captured a military base southwest of the capital, officials told Reuters.

A suicide bomber detonated at the El Salini base before gunmen stormed in and briefly occupied it, police said. The military recaptured the base after reinforcements arrived. “They took the base and took weapons and ammunitions, this includes anti-aircraft guns fixed on pickups,” said Nur Ahmed, a police officer from Afgoye in Lower Shabelle region.

Al-Shabaab claimed responsibility. “We took the base. We took two pickups with anti-aircraft guns hooked on. We destroyed four other military vehicles,” Abdiasis Abu Musab, an al-Shabaab’s spokesman, told Reuters.