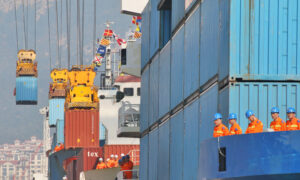 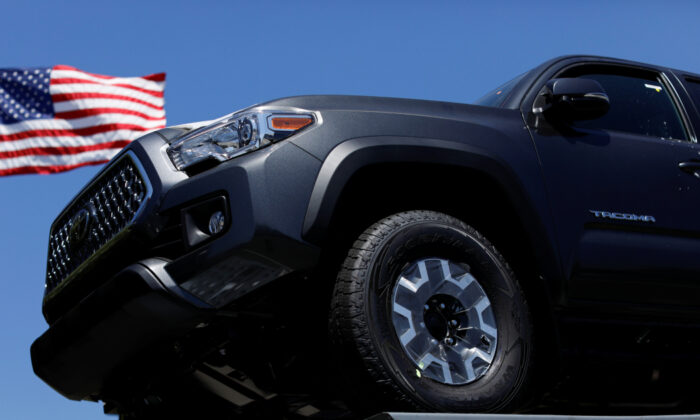 Toyota trucks are shown on a car carrier for delivery after arriving in the United States in National City, Calif., U.S. June 27, 2018. (Mike Blake/Reuters)
Economies

US May Not Need to Impose Auto Tariffs This Month: Bloomberg

The United States may not need to impose tariffs on imported vehicles later this month after holding “good conversations” with automakers in the European Union, Japan, and Korea, U.S. Commerce Secretary Wilbur Ross said in an interview published on Nov. 3.

The United States must decide by Nov. 14 whether to impose threatened U.S. national security tariffs of as much as 25% on vehicles and parts. The tariffs have already been delayed once by six months, and trade experts say that could happen again.

Ross told Bloomberg in an interview that the Trump administration hoped to avoid imposing the tariffs after discussing capital investment plans with automakers.

“Our hope is that the negotiations we have been having with individual companies about their capital investment plans will bear enough fruit that it may not be necessary to put the 232 (tariffs) fully into effect, may not even be necessary to put it partly in effect,” he added.

The United States has already signed trade deals with Japan and South Korea that appeared likely to stave off auto tariffs, but its talks with the EU have been moving forward more slowly.

Those remarks have given EU diplomats hope for another reprieve, but they say they remain on guard.

Germany’s BMW, the biggest U.S. automotive exporter by value for the past five years, last month said it had warned U.S. officials that intensifying a global trade war could threaten jobs at its plant in Spartanburg, South Carolina, which exports about 70% of its production.

Both BMW and Daimler have invested to expand the production capacity of plants in the United States where they build mainly larger sports utility vehicles (SUVs) to keep up with rising demand and because it makes good economic sense.