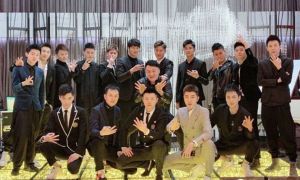 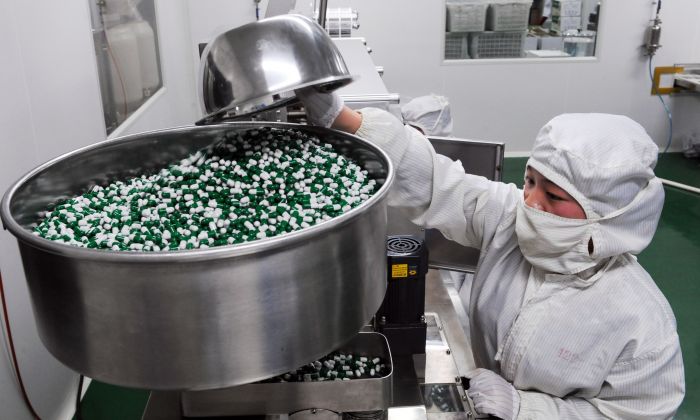 A recent U.S. class-action lawsuit claims that a Chinese medical firm has misled U.S. and other investors, leading to significant financial losses.

Wuxi PharmaTech (Cayman) Inc. was previously publicly listed on the New York Stock Exchange (NYSE). But after the firm decided to go private, shareholders were persuaded to sell their stocks at $46 per American Depositary Share (ADS), without being told that the company would return to market less than two years later with an IPO (initial public offering) at a much higher valuation. Effectively, stockholders lost more than $21.1 billion in total, the lawsuit alleges.

Several large Chinese firms owned by princelings of the Chinese Communist Party (CCP) or their relatives are defendants in the lawsuit—and are alleged to have profited enormously from the scheme.

A US Listed Company

On Feb. 21, Altimeo Asset Management, a French financial firm, first sued WuXi, a multinational company that develops pharmaceuticals and medical devices headquartered in Shanghai and registered in the Cayman Islands.

The federal court in Manhattan, New York, reviewed the case and revised it to a securities class-action lawsuit.

Since then, New York-based law firms Rosen Law Firm, Pawar Law Group, Pomerantz LLP, and Zhang Investor Law have called for shareholders who purchased or sold WuXi securities between Sept. 1 and Dec. 10, 2015, to contact them about joining the lawsuit.

Li Ge, head of the defendants, founded WuXi in 2000. Li, 52, became a U.S. citizen by naturalization after he received his master’s and doctorate degrees in organic chemistry from Columbia University and founded a NASDAQ listed company Pharmacopeia.

In March 2007, WuXi reincorporated in the Cayman Islands in advance of its IPO on the NYSE, which took place in August 2007.

Li, his wife, WuXi’s then-board members, and a group of nine Chinese companies were the primary shareholders. They included Boyu Capital, a Hong Kong-based investment company co-founded and operated by Alvin Jiang, the grandson of former CCP leader Jiang Zemin; Temasek Life Sciences Private Limited, a Singapore state-run investment company; Ping An Life Insurance, one of China’s largest insurance companies; and Legend Capital, an investment firm co-founded by the person behind tech giant Lenovo, Liu Chuanzhi. They are the defendants in the lawsuit.

On April 30, 2015, WuXi announced that it planned to reorganize and delist from the NYSE. It offered to acquire all shares that weren’t owned by the aforementioned executives and nine firms for $46.00 per ADS. That made the total equity value $3.62 billion, according to the lawsuit.

On December 10, 2015, WuXi announced that it had completed the going-private transaction. That same day, it delisted from the NYSE.

During the process, WuXi “explicitly omitted” that it planned to separate the company into three subsidiaries and return to the stock market, the lawsuit alleges.

On June 6, 2017, WuXi subsidiary and biopharmaceutical firm WuXi Biologic completed an IPO on the Hong Kong Stock Exchange and raised more than $510 million, for a total valuation of more than $3 billion.

On May 8, 2018, WuXi subsidiary WuXiAppTec completed an IPO on the Shanghai Stock Exchange and raised more than $354 million, for a total valuation of $3.5 billion.

WuXi NextCODE, which would focus on developing new medicines based on genomics, remains a private firm. In 2017 and 2018, it had two financing rounds.

The combined market capitalization of WuXi Biologics and WuXiAppTec is estimated to be $24.7 billion, nearly seven times greater than WuXi’s value during the privatization, according to the lawsuit.

Shareholders were not aware of such plans when they sold their shares in 2015, which is a violation of U.S. federal securities laws, the lawsuit claims.

According to the U.S. Securities Exchange Act of 1934, listed companies have the responsibility to tell their shareholders their reorganization plans.

Boyu Capital is a Chinese firm known to profit from similar schemes.

The firm was founded in 2010 by Louis Cheung, former president of Ping An Insurance; Mary Ma, the former CFO of Legend Holdings and main shareholder of Lenovo; and Alvin Jiang, grandson of former Chinese leader Jiang Zemin.

In an April 2014 report, Reuters explained how Boyu bought 40 percent of shares in Sunrise Duty Free—a group of government-authorized duty-free shops operating in Beijing and Shanghai airports—for $80 million in 2011, only to have its value increase to $1.6 billion by 2013, according to bankers’ estimates cited by Reuters.

“They [investors] believe, [the Sunrise deal] provided evidence that Jiang Zemin’s grandson could gain access to a strictly controlled state sector and convert those assets into a highly profitable investment,” Reuters reported. “There is no evidence that Jiang Zemin had a role in helping Boyu win a part in the Sunrise deal or in any other transaction. That hasn’t stopped the belief from spreading that Alvin Jiang is tapping his family connections.”

Another prominent case involving Boyu was the then-largest IPO on the NYSE: when Alibaba went public in September 2014.

The New York Times pointed out in a July 2014 report that the biggest winners behind Alibaba’s IPO included three sons or grandsons of the CCP’s most powerful members. They are Alvin Jiang; Winston Wen, the son of former premier Wen Jiabao; and Chen Yuan, the son of Chen Yun, who was a former member of the CCP’s most powerful decision-making body, the Politburo Standing Committee.

Having the privilege to invest in profitable companies, Party princelings and their families have profited from investing in the Chinese and Hong Kong exchanges easily. With the latest WuXi case, it appears they could use similar methods with U.S. exchanges.