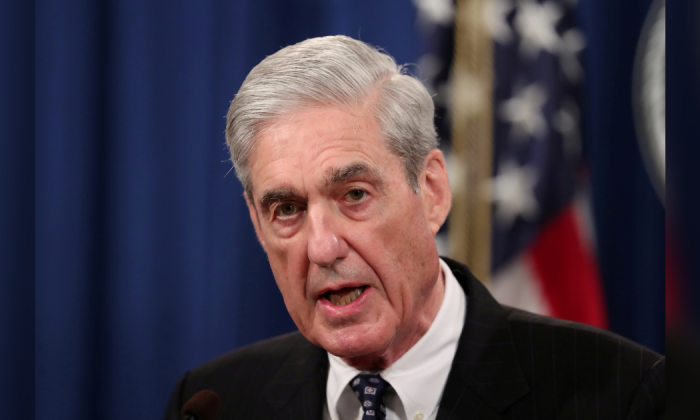 US Lawmakers Delay Mueller Testimony by a Week, Mueller to Give Extended Testimony on July 24

Former Special Counsel Robert Mueller’s planned July 17 testimony is being delayed for one week, to July 24, to allow lawmakers to question him for a longer period of time, two U.S. House committees announced late July 12.

Several lawmakers had predicted a delay earlier on July 12.

Mueller, who oversaw the federal investigation into alleged Russian interference in the 2016 U.S. presidential election, is now scheduled to testify on July 24 before the House Judiciary and Intelligence committees, the panels’ chairmen said in a statement.

“We are pleased to announce that Special Counsel Mueller will provide additional public testimony when he appears before our committees,” Judiciary Chairman Jerrold Nadler and Intelligence Chairman Adam Schiff said in a joint statement. “At his request, we have agreed to postpone the hearing for one week, until July 24, at which time Mr. Mueller will appear in public before the House Judiciary Committee followed by the House Permanent Select Committee on Intelligence.”

We have reached an agreement wit Special Counsel Mueller to reschedule his public testimony for July 24, at which time Mr. Mueller has agreed to appear for an extended period of time. pic.twitter.com/NGdBA1OMfh

Nadler and Schiff said in their statement: “All members—Democrats and Republicans—of both committees will have a meaningful opportunity to question the Special Counsel in public, and the American people will finally have an opportunity to hear directly from Mr. Mueller about what his investigation uncovered.”

The Judiciary Committee had also sought to interview former Mueller aides Aaron Zebley and James Quarles behind closed doors on July 17. But Representative Steve Cohen, a Democrat, told reporters the two men would not appear after the Justice Department directed them not to testify.

In April, Mueller submitted the findings of his nearly two-year investigation to the Justice Department. Mueller’s investigation did not find evidence of collusion between Russia and the Trump 2016 presidential campaign.

After the report was released, House Democrats have expended great effort to secure the Mueller’s testimony in efforts to gather evidence to impeach President Donald Trump.

On June 25, Nadler and Schiff compelled Mueller, through a subpoena, to appear before Congress to testify on the findings of his report, even though Mueller had said during a rare press conference on May 29 that he did not want to speak further and to refer to the report as his testimony.

However, Nadler and Schiff said it was “necessary” to issue a subpoena in an accompanying letter alongside the subpoena to Mueller on June 25.

Janita Kan and Reuters contributed to this report