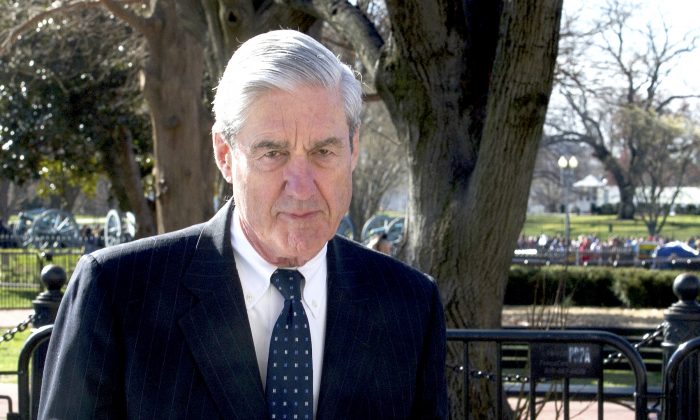 Special Counsel Mueller to Testify Before House Committees on July 17

WASHINGTON—U.S. Special Counsel Robert Mueller, who issued a report in April following his 22-month investigation into Russian interference in the 2016 election, will testify in open session before the House of Representatives Judiciary and Intelligence Committees on July 17, the panels’ Democratic chairmen said on Tuesday, June 25.

Representative Jerrold Nadler, chairman of the judiciary panel, and Representative Adam Schiff, head of the intelligence panel, said in a joint statement that Mueller had agreed to testify after the two committees issued subpoenas on June 25.

“Pursuant to subpoenas issued by the House Judiciary and House Permanent Select Committee on Intelligence tonight, Special Counsel Robert S. Mueller III has agreed to testify before both Committees on July 17 in open session,” the joint statement reads.

“Americans have demanded to hear directly from the Special Counsel so they can understand what he and his team examined, uncovered, and determined about Russia’s attack on our democracy, the Trump campaign’s acceptance and use of that help, and President Trump and his associates’ obstruction of the investigation into that attack,” Nadler and Schiff added.

“We look forward to hearing his testimony, as do all Americans.”

On May 29, Mueller appeared before reporters at the Department of Justice and read a written statement, but took no questions. In his speech, he formally closed the special counsel office, announced an end to the Russia investigation, and said he will return to private life.

Mueller briefly highlighted some of the key takeaways from his team’s report before saying he hoped to never again speak of it in public, adding that any further inquiries should refer to the document as his testimony.

However, Nadler and Schiff said it was “necessary” to issue a subpoena in an accompanying letter alongside the subpoena to Mueller on June 25.

During Mueller’s May 29 statement, he tried clarifying some things about the report, noting that his team charged several groups of Russians with interfering in the 2016 presidential election.

He used different wording when describing the findings of no conspiracy or cooperation between Russian actors and the Trump campaign. In the report, the team said it “did not establish” such collusion. Mueller, however, said on May 29 that “there was insufficient evidence to charge a broader conspiracy.” It wasn’t clear why Mueller’s wording changed.

Mueller also said that his team’s investigation was “of paramount importance” and that anyone who tries to obstruct an investigation “strikes at the core of the government’s effort to find the truth and hold wrongdoers accountable.”

However, he struggled to explain why his team had not made a traditional prosecutorial decision. He said that they didn’t have an option to charge the president with a crime even if they had found sufficient evidence.

“We did not, however, make a determination as to whether the President did commit a crime. The introduction to volume two of our report explains that decision. It explains that under long-standing Department policy, a President cannot be charged with a federal crime while he is in office. That is unconstitutional. Even if the charge is kept under seal and hidden from public view—that too is prohibited,” he said.

“The Special Counsel’s Office is part of the Department of Justice and, by regulation, it was bound by that Department policy. Charging the President with a crime was therefore not an option we could consider. It would be unfair to charge someone with a crime when there could be no court resolution of the charge.”

The FBI, under the Obama administration during the 2016 elections, had launched a counterintelligence investigation into the Trump campaign based on information contained in what’s known as the Steele dossier.

The dossier had been paid for by the Clinton campaign and the Democratic National Committee, and it was produced by Fusion GPS and former British intelligence officer Christopher Steele. Mueller took over the FBI’s investigation in May 2017 and brought it to a conclusion in late March 2019, with the final report released on April 18.

Mueller found no evidence for any of the main 103 claims contained in the dossier—most notably, that although Russia did attempt to interfere in the election, there is no evidence to establish that either Trump or any U.S. citizen knowingly conspired or coordinated with the Russian government ahead of the election.

Trump said that following the conclusion of the Mueller probe, it is “now time to look at the other side.”