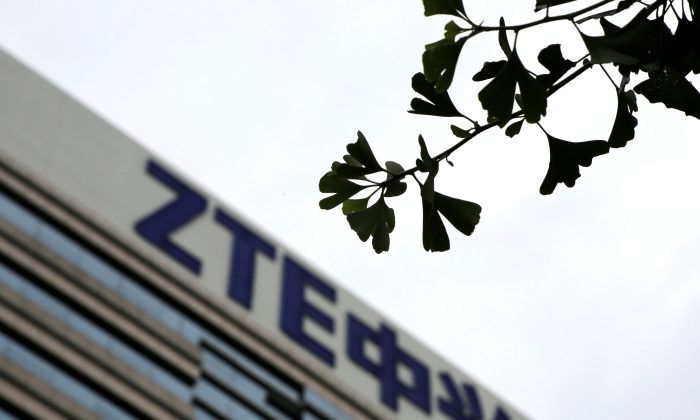 The logo of China's ZTE Corp is seen on the building of ZTE Beijing research and development center in Beijing on June 13, 2018. (Jason Lee/Reuters)
Politics

WASHINGTON—A bipartisan group of senators introduced a bill on Feb. 5 that would reimpose sanctions on ZTE Corp if the Chinese telecommunications firm fails to live up to U.S. laws and an agreement with the Trump administration.

ZTE was forced to stop most business operations between April and July, when it paid $1.4 billion in penalties to lift the sanctions.

The bill comes just days after top U.S. officials met with their counterparts from China in Washington to try to hammer out an agreement to end a trade war between the world’s two biggest economies.

It also comes as the United States tries to extradite the chief financial officer of Huawei Technologies Co Ltd. Canada detained Meng Wanzhou in December at the request of U.S. authorities investigating Huawei’s alleged scheme to use the global banking system to evade U.S. sanctions against Iran. Meng has been released on bail and is confined to her home in Vancouver.

Many members of Congress view ZTE and Huawei as national security threats, worrying that the use of their technologies in the United States could make it easier for China to steal secrets.

This is the second time lawmakers have introduced a bill on ZTE and sanctions. The previous bill, introduced in September, expired as the previous Congressional session ended.

ZTE did not immediately respond to a request for comment.

The world’s fourth-largest telecommunications equipment maker by market share posted its worst half-year loss of 7.8 billion yuan in August due to U.S. sanctions over violations of export restrictions.