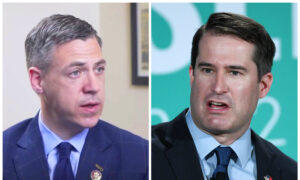 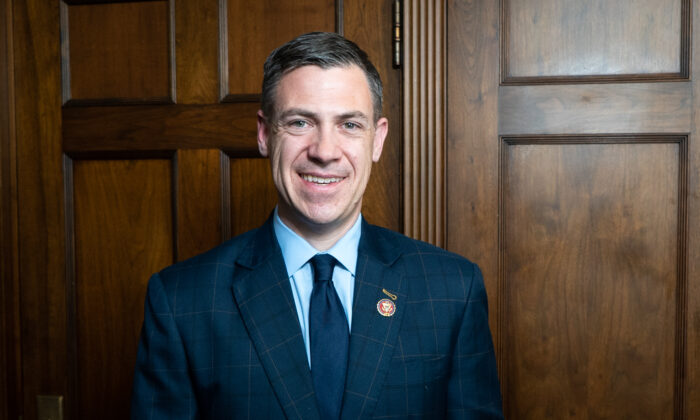 U.S. Rep. Jim Banks (R-Ind.) is calling on the State Department to bring a legal case against China at the United Nations’ International Court of Justice (ICJ) over the regime’s mishandling of the pandemic.

“If China’s leaders hadn’t become embarrassed by the outbreak and tried to cover up its spread, the world may have had a better chance to prepare for this or even contain it in Wuhan or China. Instead, we have a pandemic,” said Banks in an April 8 statement.

Banks pointed to examples of Chinese authorities silencing doctors and journalists in late December when they tried to warn the public about a new form of pneumonia.

Chinese ophthalmologist Li Wenliang is the most high-profile example. After posting about the new pneumonia on Chinese social media, Li was summoned to a local police station for “rumor-mongering” and forced to sign a “confession” statement in early January.

Li died the following month after contracting the CCP (Chinese Communist Party) virus, commonly known as the novel coronavirus, from an infected patient.

Another misstep happened on Dec. 31 last year, when the Wuhan Municipal Health Commission falsely said that the disease was a “seasonable flu” with no risk of human-to-human transmission. Authorities claimed the virus was “preventable and controllable.”

On Jan. 14, the World Health Organization (WHO) repeated Beijing’s claim that there was “no clear evidence of human-to-human transmission” for the virus.

“China shoulders most of that blame. Rather than succumb to the propaganda and spin of Chinese officials, the world must hold them accountable for mishandling this outbreak. If the United Nations cannot even do that, it has completely lost its purpose,” Banks said.

The United Nations established ICJ in 1945 to settle legal disputes between member states. However, in the past, states have refused to submit to ICJ’s jurisdiction or comply with its judgments.

Banks will pass a letter addressed to Secretary of State Mike Pompeo and Attorney General Bill Barr to his fellow lawmakers to show “congressional backing for bringing an international case against China,” according to the statement.

He added that if China fails to participate in the ICJ trial, U.N. member states could “suspend their obligations to China as means to induce Beijing to fulfill its responsibility,” in accordance with Articles 49-51 of the Charter of the United Nations.

“Options include China’s removal from international organizations, reversing China’s entry into the World Trade Organization, suspending air travel to China, and broadcasting Western or Taiwanese media into China,” according to the statement.

On March 24, Banks also introduced a bipartisan resolution with 49 co-sponsors, condemning the Chinese regime for its culpability in causing the global pandemic.

On April 9, 14 GOP lawmakers of the House Oversight Committee also sent a letter to WHO Director-General Tedros Adhanom Ghebreyesus, asking for more information about its relationship with China, including documents and communications between the WHO and the Chinese regime between August 2019 and the present, regarding public health and the CCP virus, according to a press release.

“Given the actions and statements of WHO officials during the past few months, we are concerned that the WHO is no longer serving the needs of the world and is instead taking its cues from China,” the letter explained.

Rep. Fred Keller (R-Penn.), one of the cosigners of the letter, stated: “With the American taxpayer being the single largest contributor to the World Health Organizations’ annual budget, it is imperative the House Oversight and Reform Committee exercise its critical role in finding out why the WHO used that money to further China’s propaganda campaign.”

According to State Department statistics, U.S. contributions exceeded $400 million to the WHO in 2019, making the United States the largest funder.