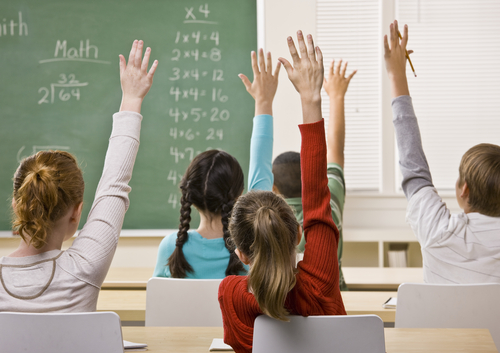 US Lags Behind China on Student Math Skills, PISA Results

NEW YORK—The pride of the U.S. education system suffered yet another blow. The Program for International Student Assessment (PISA) released its 2012 results on Dec. 3 showing Shanghai—the only listed region in mainland China—beating the United States in math by 27 percent.

The PISA test evaluates the math, reading, and science skills of 15-year-old students around the world. More than half a million students from 65 countries and regions took the test last year. The Organization for Economic Co-operation and Development (OECD), based in Paris, France, designed the test and has been carrying it out since 2003, every three years.

U.S. Secretary of Education Arne Duncan, described the results as “a picture of educational stagnation,” The Associated Press reported on Dec. 2.

But high test scores in China are not necessarily an indication for emulating its methods.

Crescent Dai, 22, a video editor working in New York, described her last year of middle school in the northeastern Chinese city of Daqing. “The school was actually six days a week,” she said. “But on Saturday, we could go home earlier” at 6 p.m. On weekdays, children would go home to have dinner and go back to school for another two hours, finishing the school day at 9 p.m.

They had seven to nine math classes a week. Plus homework. “There was always homework,” she said with a shy smile.

That does not leave much time for children to develop other essential life skills.

“It is no news that the Chinese education system is excellent in preparing outstanding test takers,” wrote Yong Zhao, education professor at the University of Oregon on his blog in 2010, after the previous PISA test scores were published.

He pointed out that China’s state-run media agency Xinhua didn’t publicize the 2009 results, even though Shanghai participated for the first time and scored best in the world. Instead, he found an article about a Chinese mother complaining about how excessive testing and school hours caused health problems to her seventh-grader.

When the unimpressive PISA results for the United States were shown in 2009, Arne Duncan called on Americans to wake up “while emerging competitors prepare their students for economic leadership.” He argued that the Common Core Standards, with a promise of college readiness, should be the solution.

The “U.S. is running in place while other countries lap us,” Duncan summarized the bad news from the 2012 report in a Dec. 3 tweet. “Good news: We’re laying the right foundation to improve.”

The report states most successful countries provide autonomy to their schools, while also holding them accountable for the results. It suggests that the USA should give more freedom to all schools in the system. “The question for the United States is not just how many charter schools it establishes but how to build the capacity for all schools to exercise responsible autonomy,” it states.