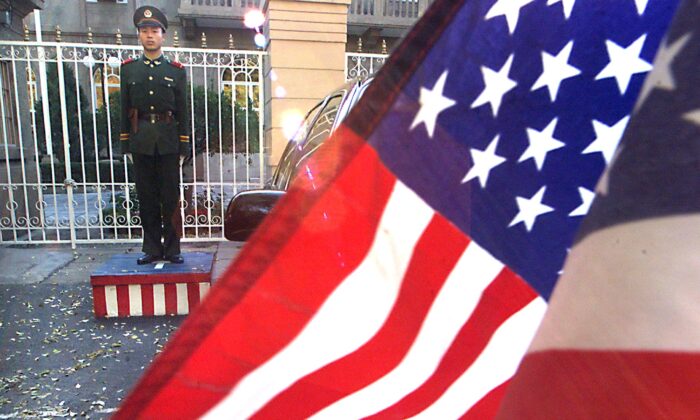 A Chinese soldier stands guard in front of the U.S. embassy in Beijing on Nov. 14, 1999. (Stephen Shaver/AFP via Getty Images)
US-China Relations

US Investors Not Required to Divest Holdings From Chinese Military Firms After Ban: OFAC

The U.S. Treasury Department has issued new guidance regarding the Chinese Military-Industrial Complex (CMIC) sanctions in response to frequently asked questions, just two days before the deadline for U.S. investors to fully divest their holdings of securities of designated Chinese military companies.

This means that the 365-day divestment isn’t mandatory; it’s an authorization to buy or sell covered CMIC securities purely for the purpose of divestment, according to Herbert Smith Freehills LLP.

The London-based law firm said that while the new policy doesn’t impose a divestment obligation, U.S. investors will be prohibited from divesting any CMIC securities holdings that they retained after the divestment period ended.

“As a practical matter, given the lack of certainty over how long the CMIC Sanctions Program or the sanctions against individual CMICs will last, U.S. persons and companies would be well-served to consider divesting by the divestment deadline, since their ability to divest following the deadline will effectively depend upon the Program being suspended (or on the sanctions against individual CMICs being terminated),” the law firm said.

The new policy permits U.S. financial institutions to continue facilitating CMIC securities transactions for and on behalf of non-U.S. clients, although the Office of Foreign Assets Control (OFAC) said that dividend reinvestment would constitute a “purchase” of CMIC securities and is thus prohibited under the order.