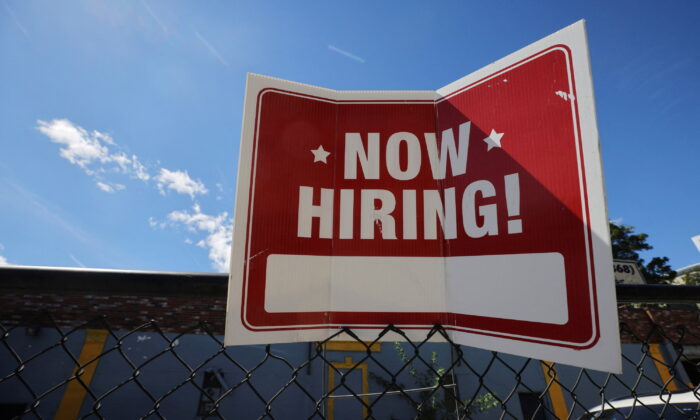 U.S. firms reported economic activity was unchanged in July through late August, with further softening expected over the next year even as they saw some tentative greenshoots in the ongoing battle against labor shortages and price pressures, a Federal Reserve report showed on Wednesday.

The U.S. central bank released its latest summary of feedback from business contacts nationwide as it mulls whether to proceed with a third straight 75-basis-point interest rate hike at its Sept. 20–21 policy meeting or go with a still larger-than-usual 50-basis-point rise in its bid to quash high inflation.

“Overall labor market conditions remained tight, although nearly all Districts highlighted some improvement in labor availability,” the Fed said in its survey, known as the “Beige Book,” which was conducted across its 12 districts through Aug. 29. “Price levels remained highly elevated, but nine Districts reported some degree of moderation in their rate of increase.”

Fed Vice Chair Lael Brainard earlier on Wednesday said the central bank would maintain tight monetary policy “for as long as it takes” to get inflation down but did not address the upcoming policy meeting.

The Fed has raised interest rates by 225 basis points since March as it lifts its benchmark overnight interest rate to a level consistent with dampening demand across the economy enough to alleviate price pressures and bring inflation back down to its 2 percent goal.

Those moves are filtering through to expectations for the year ahead. “The outlook for future economic growth remained generally weak, with contacts noting expectations for further softening of demand over the next six to twelve months,” the Fed’s report said.

Inflation has been running at 40-year highs and more than three times the Fed’s target. While there are some positive signs that supply chain issues are improving and tight labor market conditions loosening, policymakers remain fearful higher inflation expectations could become entrenched among businesses and consumers.

They have also flagged rising risks that the aggressive series of rate hikes needed to bring inflation down may cause a recession.

In the Fed’s Chicago district, those jitters were apparent, with “many” contacts expressing concerns about the potential for a recession, while one staffing firm in the Philadelphia Fed’s district reported a slowdown in orders “approaching levels consistent with prior recessions.”

U.S. employers hired more workers than expected in August, the Labor Department reported on Sept. 2 in its closely-watched monthly jobs report, but moderate wage growth and a rise in the unemployment rate also suggested labor shortages may be easing.

Elsewhere in the Beige Book, the Fed’s stated aim of cooling inflation without causing a sharp spike in unemployment still appeared possible.

“Generally softer economic conditions and slight relief from supply disruptions appeared to alleviate some inflationary pressures,” the Cleveland Fed district said. “Though still high, both the share of contacts reporting higher input costs and the share reporting higher selling prices dipped to their lowest levels in more than a year.”