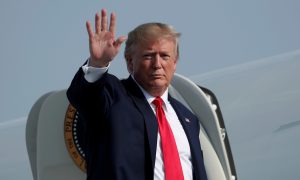 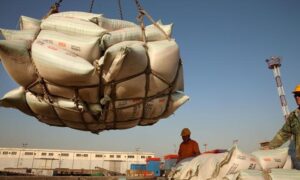 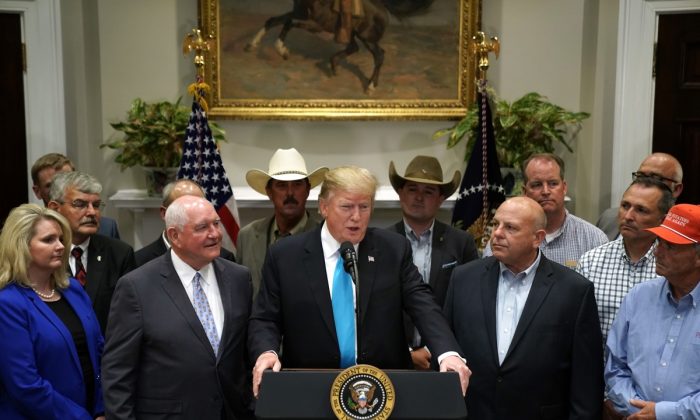 President Donald Trump delivers remarks in support of farmers and ranchers with Agriculture Secretary Sonny Perdue (3rd L) in the Roosevelt Room at the White House in Washington on May 23, 2019. (Chip Somodevilla/Getty Images)
US News

Western Growers’ president and CEO Tom Nassif said the series of trade deals announced with China, Japan, Mexico and Canada will level the playing field for growers in the Western United States by establishing “science-based” sanitary and phytosanitary standards that have been used to limit or block U.S. agricultural exports.

The “Agreement on the Application of Sanitary and Phytosanitary Measures” (the “SPS Agreement”) that was adopted in 1998 by the World Trade Organization (WTO) was targeted at applying food safety, animal and plant health regulations to protect human and animal life and health from contaminants and disease-causing organisms from imported foods.

But American farmers and ranchers have complained bitterly for two decades that the SPS health standards have allowed foreign governments to use SPS to disguise discriminatory measures to limit U.S. food exports by applying unduly burdensome inspections and adopting safety standards that are not based on scientific evidence.

The biggest challenge for American farmers was the Clinton Administration adopting SPS language that stated each WTO member was free to establish its “own level of SPS protection, including a ‘zero risk’ level if it so chooses.” This has allowed the European Union and Asian nations to employ “technical experts” to advance new theories to achieve “zero risk” of SPS threats that conveniently block U.S. exports.

Nassif commented that the Trump administration’s Phase One trade agreement with China announced on Dec. 13 not only commits Beijing to buy more U.S. agricultural products, but also requires addressing the “non-scientifically based sanitary and phytosanitary standards have been used too often to deny access of American products to the Chinese market.”

The California Farm Bureau Federation noted that the U.S.-Mexico-Canada Agreement (USMCA) that recently gained Congressional Democrats support strengthens the application science-based sanitary and phytosanitary measures while improving the flow of trade. Such USMCA provisions are expected to “benefit exports of processed fruits, milk and dairy products, beef, wine, poultry and eggs, and other products.”

California Department of Food and Agriculture observed that under the USMCA, Canada will be limited with regards to the degree it is allowed to continue subsidizing its own dairy farmers. That is good news given that dairy, with $6.37 billion in revenue, was the top commodity for California’s $50 billion in 2018 farm receipts.

Another not widely reported Trump administration victory for American agriculture was the Lower House of Japan’s parliament signing off on a new trade deal with the United States that cuts tariffs on farm and industrial products. Asia Society Policy Institute fellow Wendy Cutler told the recent U.S. Meat Export Federation Conference in Tucson: “Under this agreement, we secured from Japan most of the agricultural market access that we forfeited when we lost” the Trans-Pacific Partnership (TPP). She added the deal will get the United States “caught up” with the other TPP countries in terms of lowering tariff rates.

Nassif credits President Donald Trump for keeping his promise to “rebalance” the United States’ trading relationships: “In the wake of the early harvest trade deal with Japan and the U.S.-Mexico-Canada Agreement, the phase one trade deal with China represents another encouraging step forward in the effort to level the playing field for American farmers in this important market.”

He added: “While U.S. agriculture has borne the brunt of the trade war with China, many of our farmers understand that, at times, short-term pain must be endured to achieve long-term gains and appreciate the efforts of President Trump to offset the damages incurred by our industry through trade mitigation assistance programs.”