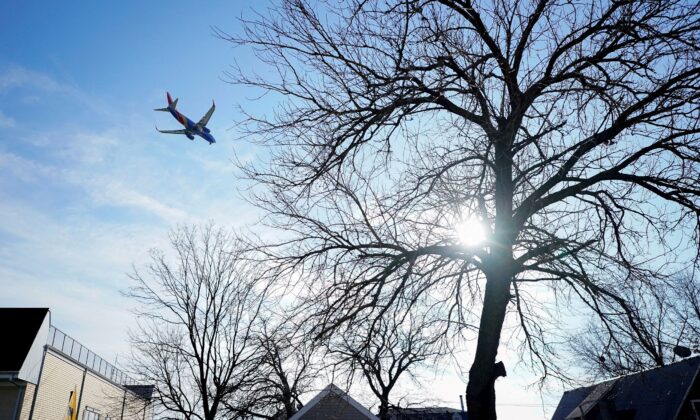 A Southwest Airlines flight, equipped with radar altimeters that may conflict with telecom 5G technology, flies 500 feet above the ground while on final approach to land at LaGuardia Airport in New York City, N.Y., on Jan. 6, 2022. (Bryan Woolston/Reuters)
Tech

WASHINGTON— The U.S. Federal Aviation Administration on Thursday issued new approvals for additional altimeters that allow about 78 percent of the U.S. commercial air fleet to perform low-visibility landings at airports where 5G C-band wireless is deployed.

Some flights were being affected at San Francisco because of low visibility, with some diverted to other airports or canceled, airlines said.

AT&T and Verizon Communications agreed late Tuesday to delay switching on new telecom towers near key airports even as they turned on the new 5G C-Band service.

Radio altimeters are used to give data on height above grounds for bad-weather landings.