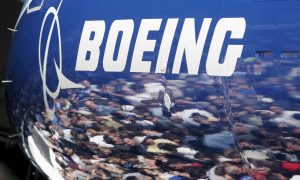 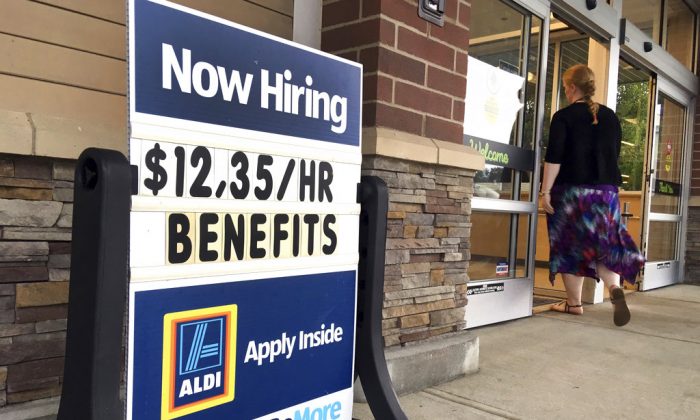 A sign outside a business in Salem, N.H. says "Now Hiring." On Oct. 16, the Labor Department reports on job openings and labor turnover for August. (AP Photo/Elise Amendola, File)
US News

US Employers Post Record Number of Open Jobs in August

WASHINGTON—U.S. employers posted the most jobs in two decades in August, and hiring also reached a record high, fresh evidence that companies are desperate to staff up amid solid economic growth.

Job openings rose a slight 0.8 percent to 7.14 million, the highest on records dating back to December 2000, the Labor Department said on Oct. 16. That is also far more than the 6.2 million people who were unemployed that month.

The number of available jobs has swamped the number of unemployed for five straight months. Hiring has been solid, which has pushed down the unemployment rate to a nearly five-decade low of 3.7 percent. Strong demand for workers when so few are out of work may force more companies to raise pay in the coming months.

President Donald Trump celebrated the report on Twitter, tweeting: “Incredible number just out… Astonishing! It’s all working!” Trump added that the stock market was “up big” and referenced “Strong Profits.”

Yet so far, pay raises have been modest. Average hourly earnings rose 2.8 percent in September compared with a year earlier. That’s much higher than several years ago, but below the roughly 4 percent gain that is typical when unemployment is so low.

It’s a sharp turnaround from the Great Recession and its aftermath. In 2009, there were as many as six unemployed workers for each available job. Now, that number has fallen below one.

Employers hired roughly 5.8 million people in August, the report showed. That is also the most on record, but that increase partly reflects population growth. The percentage of the workforce that found jobs in August ticked up to 3.9 percent from 3.8 percent in July. That matched an 11-year high first reached in May.

Job openings rose in August in professional and business services, which include mostly higher-paying positions in engineering, accounting, and architecture, as well as temporary help. Postings in that category have jumped 27 percent from a year ago.

Openings fell in August from the previous month in manufacturing, retail, and slipped slightly in hotels and restaurants.