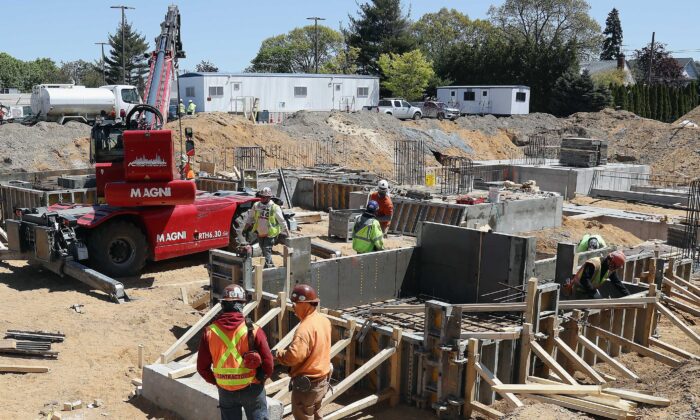 WASHINGTON—Spending on U.S. construction projects increased 0.9 percent in November 2020 as strength in home building offset weakness in other parts of the construction industry.

The November gain followed a bigger 1.6 percent rise in October and left construction spending up 4.4 percent through the first 11 months of 2020 compared to the same period in 2019, according to the Commerce Department.

For November, spending on residential construction rose 2.7 percent with single-family construction surging 5.1 percent while apartment construction was flat, according to the new data released Jan. 4. Record-low mortgage rates have spurred strong demand for housing even as a pandemic resulted in widespread lock downs for other parts of the economy.

While housing activity, fueled by low supplies of available homes, stands 16.1 percent higher than it did a year ago, spending on private nonresidential projects is 9.5 percent below the levels of a year ago with hotel and motel construction down 26.5 percent from the level in November 2019 and office construction down 6.6 percent.

Many analysts believe the extended period of working from home for many Americans brought on by the coronavirus will translate into lower demand for office space in coming years as businesses opt to allow employees to do more work away from the office.

For November, spending on non-residential projects fell 0.8 percent with spending for office buildings dropping a sharp 8.1 percent. Spending on government projects dipped 0.2 percent in November. Many state and local governments are facing severe budget constraints as a sharp recession has cut into tax revenues.

She said housing construction should remain strong but that nonresidential construction and government building activity would likely remain subdued “owing to weak demand related to disruptions from virus containment as well as budget constraints.”