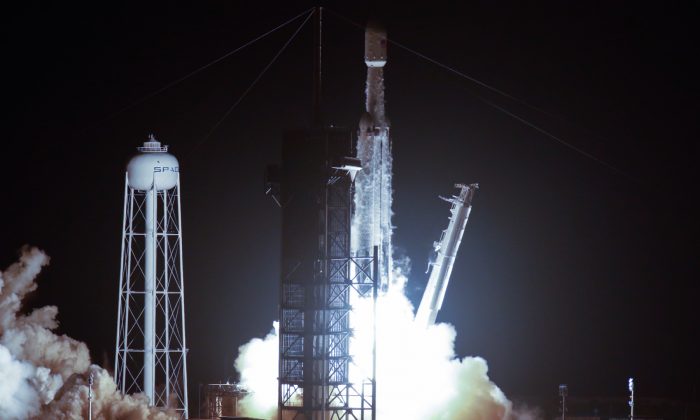 According to a Mercator Institute report, China is attempting to escape the “ceiling of low-tech and labor-intensive manufacturing that restricts the growth of developing and emerging economies,” by targeting ten core “ecological civilization” industries. In 2018, China’s annual investment in research and development (R&D) had risen to 2.2 percent of GDP, or $300 billion—this surpassed the European Union’s 2.1 percent of GDP for the first time, and moving into second place behind the United States’ 2.7 percent of GDP, or $476 billion.

Selecting ‘Industrial Internet’ as one of its first targets, China’s Huawei started developing 5G technology in 2009. By 2013, Huawei had hired about 300 top wireless industry global experts and announced the company had invested $600 million in 5G research. Huawei premiered its 5G product line in 2016. By 2018, it had invested almost $1.4 billion and had thousands of employees diligently focused on research, development and innovation.

McKinsey & Company estimates U.S. costs for the 5G rollout will be 60 percent higher than the $200 billion 4G costs because of the technical need to quadruple the number of cell tower antennas. The Huawei 5G network design’s key selling point is the ability for broadband providers to build onto existing 4G networks, at the cost of lower data speeds.

Once elected, Trump appointed Autry to the NASA Agency Review Team and as White House Liaison at NASA to address China’s efforts to surpass the United States in space, after a stunning 36 of 37 successful launches by China’s three-stage Long March-3B rocket series used to place navigation and spy satellites into high orbits.

Within two months of Trump’s inauguration, SpaceX, OneWeb, Telesat, O3b Networks and Theia Holdings told the FCC they planned to field constellations of V-band satellites in non-geosynchronous low to medium orbits to provide U.S. and global communications services, including 5G and 6G.

The biggest obstacle at the time to space-based mobile broadband service was the $250,000 cost for each LEO Ka-band antenna that uses so-called electronic steering to track non-geostationary satellite constellations in lower orbits as they move across the sky. It was hoped that as antenna production volumes increased over time, prices would fall to $90,000 and big corporate customers would pay up for the fastest data speeds.

But Wafer LLC in January announced development of an electronically scanned antenna array module costing $15, that when packaged with a modem and battery could be sold at a one-time cost of just $200 and $300. The disruptive price crash could make lightning fast space-based Internet cost competitive with Huawei’s slower speed system.

The FCC approved a constellation of 4,425 SpaceX Starlink satellites on April 26, 27 days later a Falcon 9 Heavy rocket deployed the first 60 satellites into orbit 273 miles above the Earth’s surface. Based on the success of mass satellite deployment, SpaceX announced plans to expand its constellation to 12,000 satellites.

With President Trump announcing he would relax the U.S. government ban on Huawei, China has tried to keep a low profile regarding its ambitions to achieve dominance in ten core technologies. But researcher Christopher Balding, of the Fulbright University Vietnam, released a report based on 25,000 Huawei resumes leaked online last year that allegedly reveals direct employee links with Chinese military and intelligence agencies.

Balding highlighted resume comments from a Huawei engineer that he had “engaged in behavior that describes planting information capture technology or software on Huawei products” and “building lawful interception capability into Huawei equipment” destined for both domestic and international markets.

A Huawei spokeswoman told the Business Insider: “We have not been able to verify any of these so-called ‘Huawei Employee CVs’ Professor Christopher Balding is citing following our preliminary examination. As such, we cannot confirm the veracity of all of the information published online.”