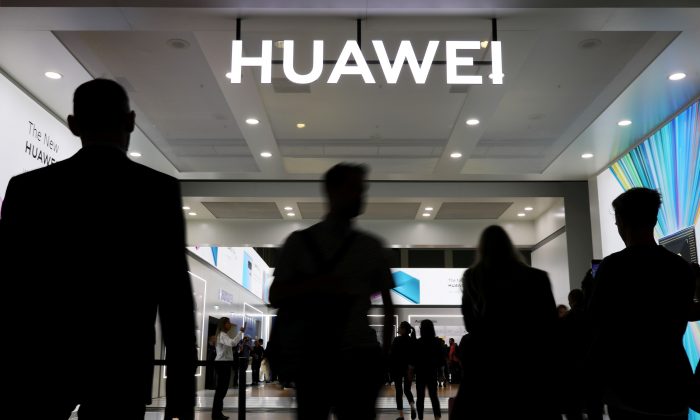 The Huawei logo is pictured at the IFA consumer tech fair in Berlin, Germany on Sept. 6, 2019. (Hannibal Hanschke/Reuters)
US-China Relations

US Charges Chinese Professor in Latest Shot at Huawei

U.S. prosecutors have charged a Chinese professor with fraud for allegedly taking technology from a California company to benefit Huawei, in another shot at the embattled Chinese telecommunications equipment maker.

Bo Mao was arrested in Texas on Aug. 14 and released six days later on $100,000 bond, after he consented to proceed with the case in New York, according to court documents.

He pleaded not guilty in U.S. District Court in Brooklyn on Aug. 28 to a charge of conspiring to commit wire fraud.

According to the criminal complaint, Mao entered into an agreement with the unnamed California tech company to obtain its circuit board, claiming it was for academic research.

But the complaint accuses an unidentified Chinese telecommunications conglomerate, which sources say is Huawei, of trying to steal the technology, and alleges Mao played a role in its alleged scheme. A court document also indicates the case is related to Huawei.

Mao, an associate professor at Xiamen University in China who also became a visiting professor at a Texas university last fall, first gained attention as part of a Texas civil case between Huawei and Silicon Valley startup CNEX Labs Inc.

As part of its counterclaims, CNEX said Mao had asked for one of its circuit boards for a research project and that, after it sent the board to the professor, he used it for a study tied to Huawei.

That case ended in June with a “take nothing” verdict.

A jury did not find CNEX stole trade secrets, but decided Huang violated his employment contract by not notifying the company of patents he obtained within a year of leaving.

However, the jury found Huawei was not harmed and did not award any damages. The jury also found Huawei misappropriated a CNEX trade secret, but awarded no damages on that claim, either.

Now, U.S. prosecutors who have a case against Huawei in Brooklyn for alleged bank fraud and Iran sanctions violations, have revived the CNEX case.

In January, U.S. prosecutors announced an indictment against Huawei for trade secret theft involving T-Mobile, following a civil case between those companies.

The same day, the Justice Department unsealed the bank fraud indictment in Brooklyn that accused Huawei of misleading global banks about its business in Iran.

The U.S. government has also lobbied other government to ban Huawei equipment, and banned companies from supplying Huawei with U.S. components without special licenses, ratcheting up tension between China and the United States as they engage in a tit-for-tat trade war.

A Justice Department spokesman said last week that while the department does not comment on specific investigations, it complies with the law and all subjects “enjoy the same rights to due process afforded by our Constitution and safeguarded by an independent judiciary.”