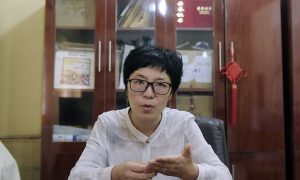 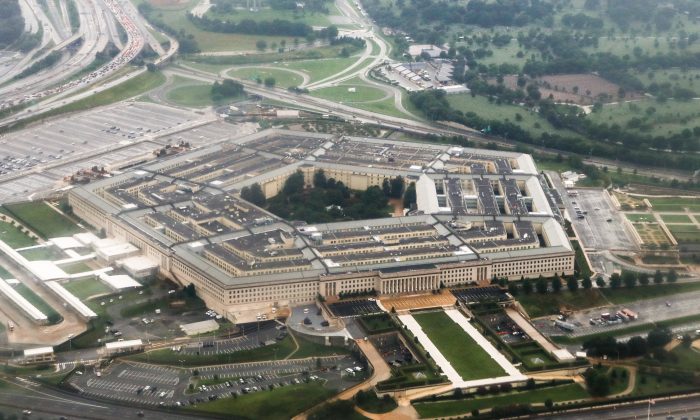 The Department of Defense has been barred from funding Chinese Communist Party-backed Confucius Institutes located at universities across the United States.

When President Donald Trump on Aug. 13 signed the defense budget bill for the next fiscal year, the measure included a provision added by Sen. Ted Cruz (R-Texas) that bars the Pentagon from using any funds on Chinese-language programs offered by Confucius Institutes.

“Sen. Cruz is very concerned about China’s ongoing efforts to infiltrate American higher education, and worked to secure an amendment to the NDAA [National Defense Authorization Act] that prohibits universities from using Pentagon money for Confucius Institutes, which Communist China uses as propaganda arms on American campuses,” a spokesman for Cruz’s office said in an email to The Epoch Times.

The provision further prohibits funding for Chinese-language programs at universities that even host a Confucius Institute. These programs, though not directly affiliated with the institute, may be influenced by it.

The endorsement of the provision was the first action taken to address the issue both for Congress and for the White House, after years of warnings about the institutes being an extension of the Chinese Communist Party’s soft power and intelligence-gathering operations,

Since 2004, China has installed a vast number of Confucius Institutes at universities around the world. In the United States, 107 universities and colleges host branches of the organization.

Meanwhile, the program’s high school equivalent, Confucius Classrooms, has spread to more than 500 primary and secondary schools in the United States as of April 2017, according to a report by the National Association of Scholars.

The Confucius Institutes describe themselves as language and cultural exchange programs. But their true purpose isn’t benign, according to the CIA, FBI, lawmakers, and experts.

Teachers at Confucius Institutes are employed by China and are subject to Chinese laws, including tight restrictions on speech.

As a result, American students are taught a sanitized version of Chinese history that omits the communist regime’s human-rights abuses and atrocities. The programs present Taiwan and Tibet as undisputed territories of China, and American professors teaching on campuses hosting Confucius Institutes have reported pressure from the institute’s faculty to self-censor.

Similar to the Chinese Communist Party, the Confucius Institutes’ operations and finances are secret. Hiring practices and funding arrangements have rarely been made public, and host universities have gone to great lengths to keep the information secret.

Though no public financial disclosures exist, it is known that American universities benefit from the programs and are reluctant to close them as a result.

The CIA issued a classified report in March on China’s influence operations in the United States. On a single declassified page of the report obtained by The Washington Free Beacon, the agency warned that China is using financial incentives to permeate American universities as a  way of promoting a positive view of Beijing and deterring research that could cast China in a negative light.

“[The Chinese Communist Party] has used this tactic to reward pro-China viewpoints and coerce Western academic publications and conferences to self-censor,” the report states. “The CCP often denies visas to academics who criticize the regime, encouraging many China scholars to preemptively self-censor, so they can maintain access to the country on which their research depends.”

“We do share that concern about the Confucius Institutes. We’ve been watching that development for a while,” Wray said.

“We have seen some decrease recently in their own enthusiasm and commitment to that particular program, but it is something we are watching warily, and, in certain instances, have developed appropriate investigative steps.”

The institutes are just one tool in Beijing’s arsenal of a broad spy operation in the United States, Wray said.

“I would just say that the use of nontraditional collectors [of intelligence], especially in the academic setting —whether it’s professors, scientists, students—we see in almost every field office that the FBI has around the country,” Wray said. “It’s not just in major cities; it’s in small ones, as well. It’s across basically every discipline.”

“I think the level of naivete on the part of the academic sector about this creates its own issues.

“[The CI is] exploiting the very open research and development environment that we have and which we all revere. But they’re taking advantage of it.”

An agency of China’s Education Ministry called Hanban provides teachers, textbooks, and funding for the Confucius Institutes. China’s propaganda chief, Li Changchun, said in 2009 that the institutes are “an important part of China’s overseas propaganda setup.”

“The Confucius Institute is an appealing brand for extending our culture abroad,” Changchun said. “It has made an important contribution toward improving our soft power. The ‘Confucius’ brand has a natural attractiveness. Using the excuse of teaching Chinese language, everything looks reasonable and logical.”

In February, Sen. Marco Rubio (R-Fla.) sent a letter to five Florida schools urging them to cut ties with the Confucius Institute.

“I remain deeply concerned by the proliferation of Confucius Institutes and Confucius Classrooms in the United States,” Rubio wrote. “Given China’s aggressive campaign to infiltrate American classrooms, stifle free inquiry, and subvert free expression both at home and abroad, I respectfully urge you to consider terminating your Confucius Institute agreement.”

The universities of Chicago and Pennsylvania have terminated their Confucius Institute contracts. In Canada, McMaster University parted ways with a Confucius Institute over its hiring practices, which blatantly discriminate against Falun Gong, a traditional Chinese spiritual practice that spread widely in China in the 1990s and whose adherents have been brutally persecuted by the communist regime since 1999.

The Hanban website dictates that Chinese-language instructors be “aged between 22 to 60, physical and mentally healthy, with no record of participation in Falun Gong and other illegal organizations, and no criminal record.”

The Confucius Institutes are one way the regime exports the persecution overseas.

The Defense Department didn’t respond to a request for comment.