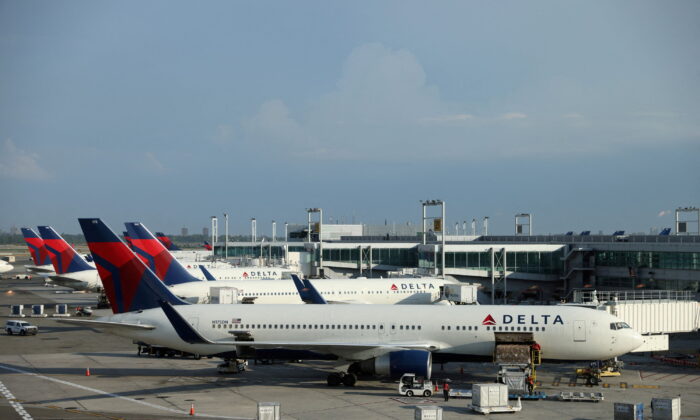 The FAA said as a condition of approval that Delta “should offer customers a refund or rebook them on Delta or another carrier as needed for canceled flights at the three airports.”

The FAA said the approval “will support Delta’s steps to make schedule adjustments and staff assignments to increase the reliability of its operations and minimize disruptions to travelers.”

The relief covers flights June 1 through Sept. 5. Airlines can lose their slots at some congested airports if they do not use them at least 80 percent of the time.

Delta said in a statement the FAA approval “will allow us to continue improving shared challenges and service reliability with minimal impact to customers.”

An airline spokeswoman declined to say how many flights were covered by the waiver.

“Delta stated that due to the unforeseen spike, its workforce and flight operations are under extraordinary strain, leaving little margin for operational challenges caused by construction, ATC delays, and weather,” the FAA said.

The FAA said its “preference is for Delta to reduce flights from sale to minimize disruptive, close-in cancellations.”

In May, Delta said it would cut flights through August to improve operational reliability amid soaring travel demand. Delta said from July 1 through Aug. 7 it would cut about 100 daily departures, primarily in U.S. and Latin America markets.