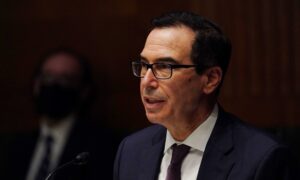 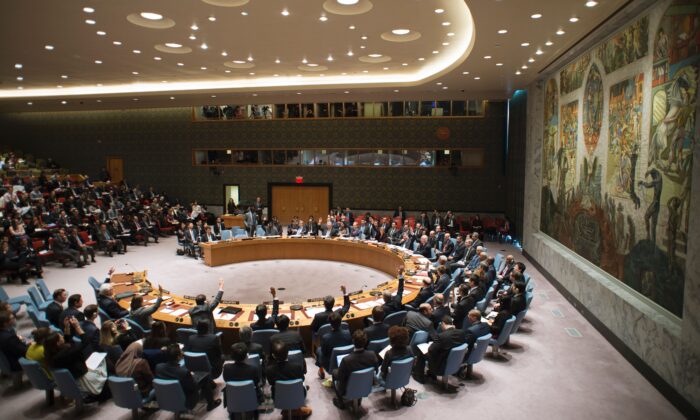 Members of the U.N. Security Council vote during a meeting on sanctions against North Korea at the United Nations in New York on March 2, 2016. (Don Emmert/AFP/Getty Images)
World

US, Allies to Raise Human Rights in North Korea at UN Security Council

NEW YORK—Nearly half the 15-member U.N. Security Council plan to raise the issue of rights abuses in North Korea during a closed-door meeting on Friday—a move likely to anger Pyongyang—after Russia and China objected to a public briefing, diplomats said.

The United States, Britain, France, Germany, Belgium, the Dominican Republic, and Estonia told council colleagues they will raise the implications of North Korea’s “ongoing human rights violations against its people on international peace and security,” according to an email seen by Reuters on Thursday.

They had initially requested a public briefing on the issue by U.N. human rights officials, but diplomats said Russia and China had objected. The Chinese, Russian and North Korean U.N. missions did not immediately respond to a request for comment.

Between 2014 and 2017 the Security Council held annual public meetings on human rights abuses in North Korea.

In 2018, the council did not discuss the issue amid efforts by U.S. President Donald Trump to work toward a denuclearization agreement with North Korea leader Kim Jong Un.

Last year at least eight council members pushed for a meeting on human rights abuses, sparking Pyongyang to warn it would consider such a move a “serious provocation” to which it would “respond strongly.”

But the United States, which was the monthly council president at the time, instead convened a meeting on the threat of escalation by North Korea amid growing tensions between Pyongyang and Washington.

North Korea’s ruling socialist Workers’ Party of Korea has repeatedly rejected accusations of human rights abuses and blames sanctions for a dire humanitarian situation. Pyongyang has been under U.N. sanctions since 2006 over its ballistic missiles and nuclear programs.