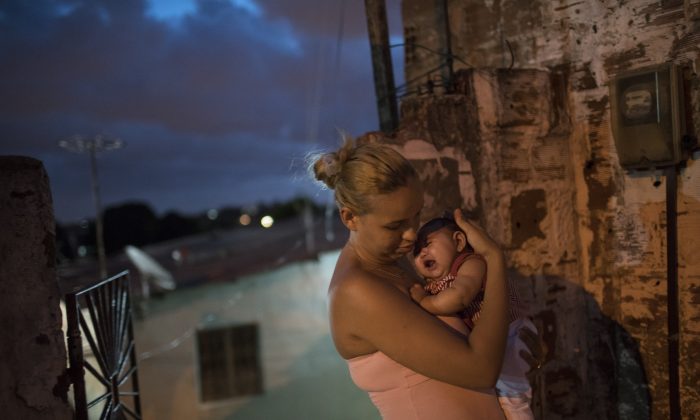 GENEVA—The Zika virus is “spreading explosively” in the Americas, which could see up to 4 million cases over the next year, international health officials said Thursday, Jan. 28, announcing a special meeting next week to decide if they should declare an international health emergency.

The warning from the World Health Organization came amid a call to arms by officials on both sides of the Atlantic over the mosquito-borne virus, which has been linked to a spike in a rare birth defect in Brazil.

Brazil’s president—noting there is no medical defense against the infection—called for a crusade against the mosquitoes spreading it.

“As long as we don’t have a vaccine against Zika virus, the war must be focused on exterminating the mosquito’s breeding areas,” said President Dilma Rousseff.

The U.N. health agency called the special session in part to convey its concern about an illness that has sown fear among many would-be mothers. It may also have acted quickly because the agency was criticized for its slow response to the Ebola epidemic in West Africa.

Meanwhile, U.S. health officials said Thursday that while they have not yet seen spread of the disease in the 50 states, the number of U.S. travelers infected over the last year in the Caribbean or Latin America has climbed to 31.

The Zika virus was first discovered in Africa in 1947. But until last year, when it was found in Brazil, it had never been a threat in the Western Hemisphere.

The virus causes no more than a mild illness in most people. But there is mounting evidence from Brazil suggesting that infection in pregnant women is linked to abnormally small heads in their babies—a birth defect called microcephaly.

Earlier this month, U.S. health officials advised pregnant women to postpone visits to Brazil and other countries in the region with outbreaks.

“For the average American who’s not traveling, this is not something they need to worry about,” said Dr. Anne Schuchat, of the U.S. Centers for Disease Control and Prevention.

But “for people who are pregnant and considering travel to the affected areas, please take this seriously,” she added. “It’s very important for you to understand that we don’t know as much as we want to know about this yet.”

In Geneva, WHO Director-General Dr. Margaret Chan noted it had been less than a year since the virus arrived in the Americas, “where it is now spreading explosively.”

Although there is no definitive proof that the Zika virus is behind the spike in brain defects in Brazil, “the level of alarm is extremely high,” she added.

“The possible links, only recently suspected, have rapidly changed the risk profile of Zika from a mild threat to one of alarming proportions,” Chan said.

Researchers are also looking into a potential tie between Zika infections and cases of Guillain-Barre syndrome, which can cause temporary paralysis.

According to the CDC, the Zika virus is now in more than 20 countries, transmitted by the same mosquito that spreads other tropical illnesses such as dengue and yellow fever.

Sylvain Aldighieri, head of WHO’s epidemic response team in the Americas, estimated there could be 3 million to 4 million Zika infections in the region over the next year. He said the agency expects “huge numbers” of infections because of the widespread presence of the Aedes mosquitoes that spread Zika and because people in the region have no natural immunity.

The same mosquito species spreading Zika in Latin America is also found in the southern United States. However, U.S. health officials reiterated Thursday that they don’t think the United States is vulnerable to a widespread outbreak of the Zika virus.

Brazilian authorities estimate the country could have up to 1 million Zika infections by now.

WHO warned China and all other countries that have dengue fever to be on the lookout for Zika infections. The agency said it could be many years before a vaccine is available, and it might take six to nine months before there’s any data showing a causal relationship between Zika and the babies born with malformed heads.

Monday’s special session does not guarantee that a global emergency will be declared—WHO has held 10 such meetings to assess the Middle Eastern respiratory syndrome coronavirus and no emergency has been announced.

Declaring a global emergency is akin to an international SOS signal and usually brings more money and action to address an outbreak. The last such emergency was announced for the devastating 2014 Ebola outbreak in West Africa, which eventually ended up killing over 11,000 people. Polio was declared a similar emergency the year before.

Marcos Espinal, WHO’s director of infectious diseases in the Americas region, said Brazil is conducting studies to determine if there is scientific evidence that the Zika virus causes birth defects and neurological problems. More than 4,000 suspected cases have been reported in Brazil since October. However, tests so far have shown hundreds of them were not microcephaly.

Brazilian authorities estimate the country could have up to 1 million Zika infections by now. Most infected people don’t get sick, and those who do mostly suffer mild symptoms such as fever, rash, joint pain, and red eyes.

The outbreak has mostly been in the poor and underdeveloped northeast, but the prosperous southeast, where São Paulo and Rio de Janeiro are located, is the nation’s second hardest-hit region. Rio de Janeiro is of special concern, since it will host the Aug. 5–21 Summer Olympic games that are expected to be attended by millions from around the world.

Earlier this week, officials in Rio ramped up their fight against the mosquitoes that spread Zika, dispatching fumigators to the Sambadrome, where the city’s Carnival parades will take place next month.

There is no treatment or vaccine for Zika, which is in the same family of viruses as dengue. Scientists have struggled for years to develop a dengue vaccine; the first such shot made by Sanofi Pasteur was licensed last year in Brazil.