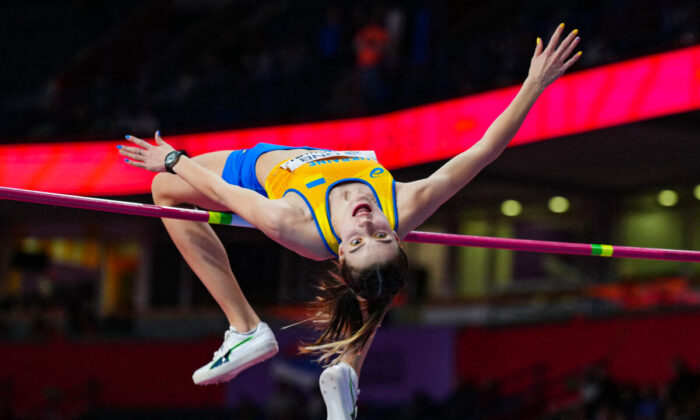 Yaroslava Mahuchikh, who was forced to flee her home in Dnipro after Russia’s invasion of Ukraine, said she was fighting for her country in the stadium after winning gold in the high jump at the World Indoor Championships in Belgrade.

The 20-year-old, who is the reigning European Indoor high jump champion and won bronze at the Tokyo Olympics, spent days sheltering in a cellar before travelling for three days by car to reach Serbia, a trip of nearly 2,000 kilometers (1,243 miles).

Mahuchikh won gold with a leap of 2.02 meters on Saturday, with Australia’s Eleanor Patterson taking silver and Nadezhda Dubovitskaya of Kazakhstan claiming bronze.

“It was very important for me, my family, my country,” Mahuchikh told BBC Sport.

“I don’t think about competition, training. For me, coming here was difficult—three days by car—and to jump here was so difficult psychologically because my heart remains in my country.

Mariya Lasitskene, who won gold in the Olympics representing the Russian Olympic Committee team, was ruled out of the competition after World Athletics banned athletes and officials from Russia and Belarus.