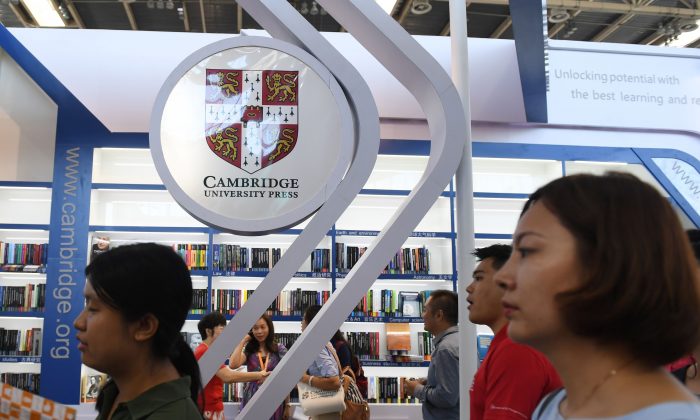 LONDON/BEIJING—Britain’s Cambridge University Press has rejected a request from its Chinese state-owned importer to block online access in China to scholarly articles from the American Political Science Review.

“A request was indeed made by the Chinese importer, but was not acted upon by Cambridge University Press, so no content was blocked,” a spokeswoman for CUP said in an emailed statement.

CUP later clarified that the request had been made early last month.

China’s State Council Information Office told Reuters on Friday that importers of foreign publications must verify that the products are legal.

In August, CUP, the publishing arm of the elite Cambridge University, reversed a decision to block online access in China to several hundred articles and book reviews in the China Quarterly, a leading academic journal on Chinese affairs that has been published since the 1960s.

It said it had blocked the articles, which covered sensitive topics including the 1989 Tiananmen Square democracy protests, the 1966-76 Cultural Revolution and Tibet, in order to keep its other academic and educational materials available in China.

Academics called the decision an affront to academic freedom.

By Fanny Potkin and Michael Martina