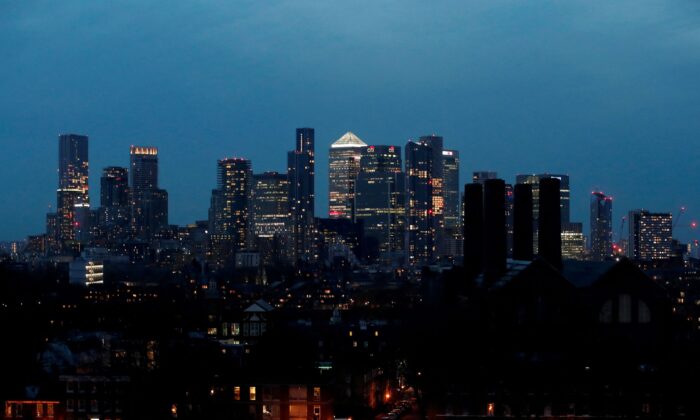 LONDON—British businesses are scaling back plans for pay rises and hiring, but almost half intend to increase the prices they charge customers as they seek to manage rapidly rising costs, a survey showed on Monday.

The figures from a monthly Lloyds Bank survey will give mixed signals to the Bank of England on the persistence of inflation pressures—and the extent to which they will hamper growth—as it considers a widely expected rate rise this week.

A record 49 percent of the 1,200 businesses surveyed between Jan. 4 and Jan. 18 said they expected to raise prices, up from 45 percent in December.

But the proportion expecting to raise pay by 2 percent—well below the current 5.4 percent rate of inflation—fell to a five-month low of 41 percent from 48 percent in December.

“Businesses remain cautious about the pandemic and are facing into challenges from rising cost pressures although many are raising their prices in response,” Lloyds Bank economist Hann-Ju Ho said.

Overall confidence slipped from December and hiring intentions were the lowest since August—although 46 percent of firms still plan to increase their headcount over the next 12 months.

A monthly survey from the Confederation of British Industry on Sunday showed that private-sector growth in the three months to January was the weakest since April, reflecting a big hit to many firms from a wave of Omicron cases in December and January.