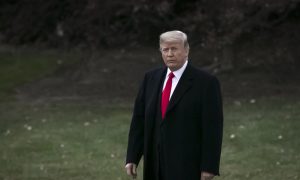 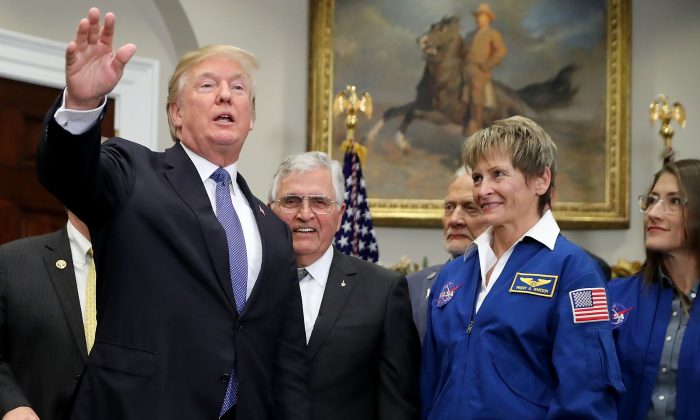 Trump Says US Will Go to Moon Again, Eventually Mars

President Donald Trump has signed a directive that will refocus America’s space program toward human exploration and discovery.

“It marks an important step in returning American astronauts to the moon for the first time since 1972 for long-term exploration and use,” Trump said at the White House on Dec. 11.

Trump said that manned missions to the moon would “establish a foundation for an eventual mission to Mars and perhaps, someday, to many worlds beyond.”

“This directive will ensure America’s space program once again leads and inspires all of humanity,” he said.

Trump was joined by astronaut Jack Schmitt, who landed on the moon in December 1972. The Apollo 17 flight that Schmitt was on marked the last time Americans set foot on the moon. “Today, we pledge that he will not be the last. And I suspect we’ll be finding other places to land in addition to the moon,” Trump said.

The president also said that space exploration has a military application.

Vice President Mike Pence said that the move would “enhance our national security and our capacity to provide for the common defense of the people of the United States of America.”