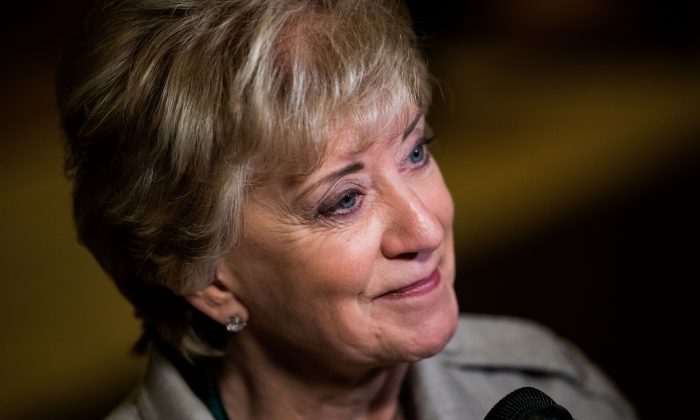 Donald Trump will nominate wrestling executive Linda McMahon to serve as administrator of the Small Business Administration, a Cabinet-level position.

Trump says McMahon will be a “champion for small businesses and unleash America’s entrepreneurial spirit all across the country.”

McMahon is the co-founder and former chief executive of World Wrestling Entertainment, the professional wrestling organization.

She ran two expensive, contentious, yet ultimately unsuccessful campaigns for the U.S. Senate in her home state of Connecticut. She’s also a sought-after Republican donor.

In a statement, McMahon says she’s honored to join an economic team that will “promote our country’s small businesses and help them grow and thrive.”