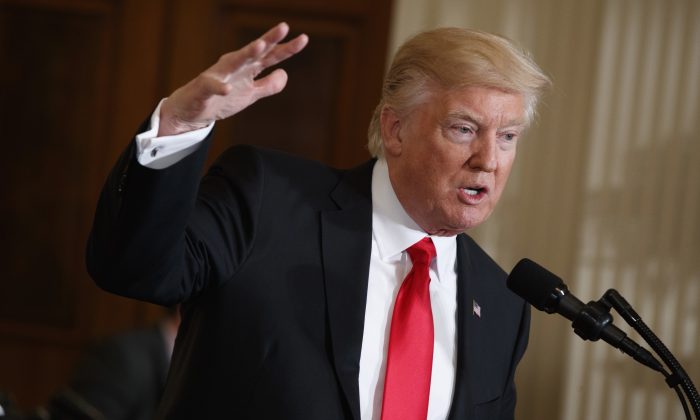 President Donald Trump speaks during a joint news conference with British Prime Minister Theresa May in the East Room of the White House in Washington on Jan. 27, 2017. (AP Photo/Evan Vucci)
US

Dutch airline KLM says it has had to turn away seven would-be passengers because they would no longer have been accepted into the United States under President Donald Trump’s ban on immigration from seven Muslim-majority nations.

Manel Vrijenhoek, at KLM’s press office, said: “We would love to bring them there. That’s not the problem. It’s just that this is what the U.S. sprang on the rest of the world—that these people are no longer welcome.”

She said the seven were due to fly with KLM from different airports around the world. Vrijenhoek said she had no specifics on their nationalities, although she confirmed they were from countries affected by the three-month immigration ban: Iraq, Syria, Iran, Sudan, Libya, Somalia, and Yemen.