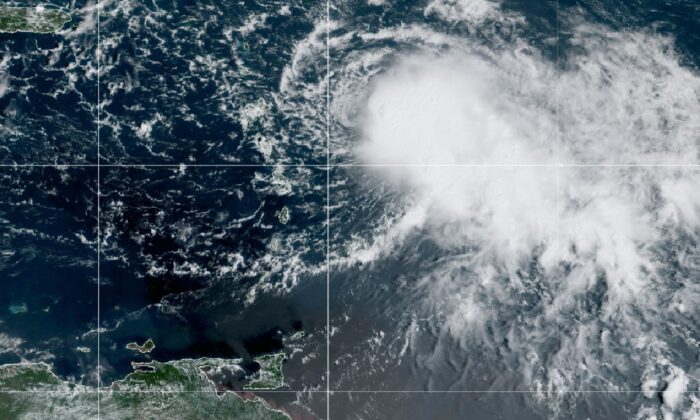 MIAMI—Tropical Storm Fiona was forecast to move across the Caribbean’s easternmost islands Friday night before slowing to a spot just south of the Virgin Islands and Puerto Rico late Saturday and Sunday, the U.S. National Hurricane Center said.

Friday’s forecast increased the estimated rainfall totals for the affected islands, to as much as a foot in places across eastern and southern Puerto Rico and 16 inches in the eastern Dominican Republic. That much rain may cause flash floods and mudslides in higher terrain, and life-threatening surf possible as Fiona’s winds blow ashore, the Miami-based center said.

The Atlantic Hurricane Season’s sixth named storm was sustaining top winds of about 50 mph when an Air Force Reserve Hurricane Hunter aircraft measured its progress Friday morning, the center said. Little change in strength is forecast during the next few days.

At 11 a.m. ET on Friday, Fiona was moving at 14 mph, about 135 miles east of Guadeloupe. Tropical storm warnings were in effect for the Leeward Islands, St. Maarten, Guadaloupe, Puerto Rico, and the U.S. Virgin Islands, and a tropical storm watch was issued for Dominica and British Virgin Islands.