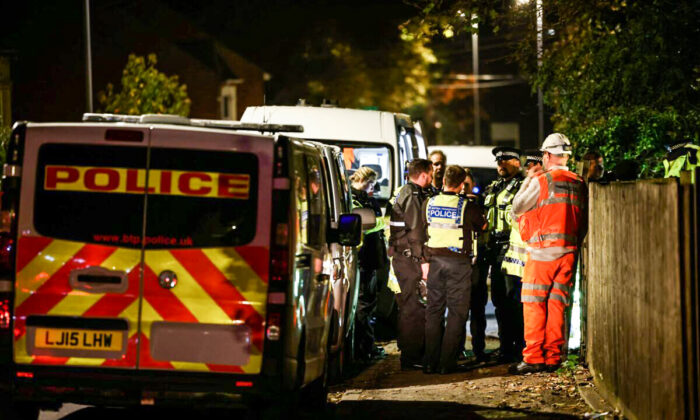 LONDON—British authorities on Monday were investigating the crash of two passenger trains that left more than a dozen people injured.

The rear carriage of a train derailed Sunday after “striking an object” as it approached the station in Salisbury in southern England. Network Rail said the derailment knocked out all the signaling in the area, and a second train from London then crashed into the derailed train.

About 50 firefighters rushed to the scene and 13 people were taken to the hospital, including the driver of one of the trains who had been trapped in his cab after the crash. His injuries were not believed to be serious. Three people remained in the hospital Monday in a stable condition.

Passengers and witnesses described hearing sounds like thunder and chaos when the crash happened.

There was “a massive impact, I fell across a table, and the table came off the wall,” Lucy Gregory told Sky News. “They smashed the windows, and we got out … we’re safe now, but it was really scary.”

Resident Tamar Vellacott, who was walking nearby with her children, told reporters that she heard a “long, rumbling sound like thunder hitting the railway line.”

Martin Frobisher, Network Rail’s safety and engineering director, said it was too early to speculate on what caused the crash.

Authorities said most of the train lines serving Salisbury remained blocked Monday, and disruptions will continue for the rest of the week.