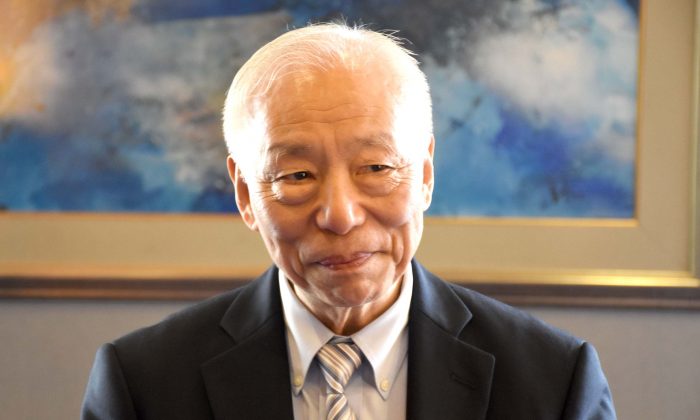 This is a story told by Dr Hu Naiwen, a traditional Chinese medicine (TCM) doctor. When he was learning acupuncture about 40 years ago, a classmate suddenly said to him one day, “You know, I just learnt a few acupoints, and my toothache is gone!”

TCM believes that there is a cause for toothaches. If the right causes and meridians are identified, they can be treated.

Toothaches are common, but few people go to TCM doctors for solutions. TCM has a few effective ways of dealing with toothaches.

In the case of gum diseases, since the Hand Yang Ming Large Intestine Meridian passes through the lower gum, lower gum problems are related to the large intestine.

Likewise, since the Foot Yang Ming Stomach Meridian passes through the upper gum, upper gum problems are linked to the stomach.

Strengthen the kidneys to save the teeth

When a tooth becomes loose and its root becomes exposed, it is a sign that the kidneys are weak and overworked.

Soak fructus tribuli (ji li) in water, and it serves as a mouthwash.

Salt enters the kidneys. Rinsing the mouth with halitum (qing yan) helps treat toothaches. Rubbing some on the teeth makes them strong and sturdy. A lot of dental powder on the market contains halitum.

Pepper serves as an anaesthetic. Holding a peppercorn in the mouth with the tooth that is aching numbs the pain.

Chives strengthen the kidneys. Eating chives in the case of a toothache or kidney trouble will help.

For a wind toothache, when a tooth can tolerate cold and heat, drugs that expel the wind should be taken. Take wen feng san (1.)

In the case of a cold toothache, there is no swelling, but the gums are painful. Drinking hot water helps soothe it.

Add rhizoma et radix notopterygii (qiang huo), herba ephedrae (ma huang), and radix aconiti praeparata (chuan fu zi) to wen feng san (1.) Use half of it to rinse the mouth, and take the other half orally.

Fire toothaches are mainly caused by heat in the stomach. The gums are swelling, and pain is severe when ingesting extremely hot or cold things. There is slight relief when the temperature is less extreme.

Take drugs that purge the pathogenic fire in the body. Use aloe vera extract as a mouthwash.

Should the tooth be extracted when there is a toothache? Different doctors hold different views.

After having a few teeth extracted, it dawned on Dr. Hu that if he had not had his first extraction back then, subsequent extractions could have been avoided.

He gave an example. If an upper left back molar is extracted, it will have an impact on the corresponding upper right back molar, resulting in misalignment and tooth decay, since food will be trapped. If this tooth is removed, the corresponding tooth in the lower jaw may become longer, putting pressure on other teeth.

The pain may lead to more extractions. Therefore, Hu suggests saving every tooth with just a filling as far as possible.