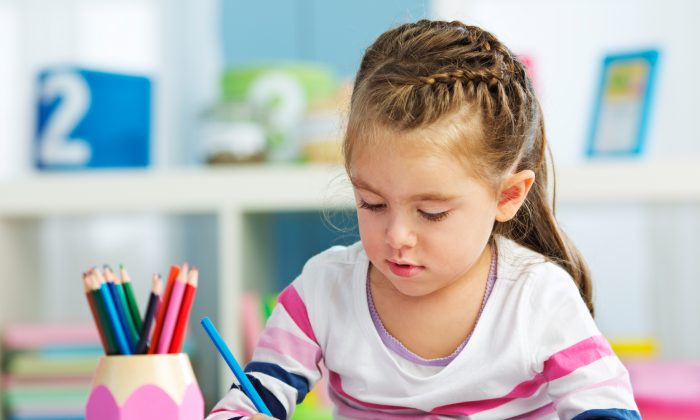 Your child’s backpack, lunch bag, and crayons might not be as safe as you would like. So take a minute to learn about how to keep them away from asbestos and PVC.

An investigation commissioned by the Environmental Working Group (EWG) Action Fund earlier this year found that four brands of crayons contain asbestos, which is a known carcinogen when people are exposed to it in high concentrations.

Asbestos is the name for a group of naturally occurring minerals; they become dangerous when smalls particles are inhaled. In 1989, the EPA banned all new uses of asbestos, but prior uses remain legal in the United States.

In 2000, the government’s Consumer Product Safety Commission ruled that asbestos in crayons did not pose a significant health risk to children. However, U.S. crayon manufacturers agreed to voluntarily remove it.

And some experts disagree that any level is safe for children.

The lab also found asbestos in two toy kits: the EduScience Deluxe Forensics Lab Kit sold at Toys “R” Us, and the Inside Intelligence Secret Spy kit sold at Buy-Rite.

In August,  Senators Ed Markey (D-Mass.) and Dick Durbin (D-Ill.) called on Amazon, DollarTree, ToysRUs, and Party City to immediately stop the sale of these products. All four companies responded to the request, and several retested their products for asbestos. But these purchased before August they may contain asbestos.

This is not the first time asbestos has been found in crayons or toy kits. In 2000 an investigative report by the Seattle Post Intelligencer first found asbestos in crayons after readers suggested they test crayons as part of a series of stories on asbestos risks in consumer products . Some crayons are made with talc, a mineral that naturally contains some asbestos.

In the 1970s, the National Institute for Occupational Safety and Health (NIOSH) found that exposure to asbestos can cause cancer. Since then, the use of asbestos has declined significantly in the United States. However, asbestos remains legal because its ability to strengthen and fireproof products has been useful in construction and automobile industries.

Polyvinyl chloride (PVC) is also a cause for concern. Congress banned PVC in toys in 2008. However, PVC is not yet banned in other children’s products like school supplies and jewelry, and is commonly found in plastic school products such as binders, lunch bags, and backpacks.

PVC contains chemical additives like phthalates, which are not chemically bound to the vinyl so the chemicals can easily drift out of products and reach children.

Phthalates are hazardous at low levels of exposure. They disrupt hormones and have been linked to birth defects, infertility, early puberty, asthma, ADHD, obesity, diabetes, and cancer.

How to Recognize PVC in Products

Check the label. If a product’s universal recycling symbol has the number “3” on it, or the letters “V” or “PVC” underneath the symbol, then it contains PVC.

Since some products are not labeled correctly, but you can call the manufacturer and ask what types of plastic the product is made of.

When buying art supplies, the Center for Health, Environment, and Justice (CHEJ), a non-profit that researches chemicals in products, recommends against Fimo and Sculpey modeling clays because these tend to include PVC.

When shopping for backpacks, avoid the ones made of shiny plastic. According to EWG, shiny plastic often contains PVC or lead.

For purses and jewelry, it is better to avoid plastic and go for alternative materials such as jacquards, velvets, crinkled crepes, satins, wood, metals, pearls, and rhinestones.

It is also better to use cloth aprons instead of plastic ones and to buy cloth lunch bags, or lunch boxes specifically labeled  “PVC-free.”

Avoid colored paperclips and stick with traditional plain metal ones.

Avoid raincoats and rain boots that are advertised as “vinyl.”

For three-ring binders, use cardboard, fabric-covered, or polypropylene binders.

Avoid colorful, plastic umbrellas. It is safer to use umbrellas made of nylon.

Avery is a company that sells binders labeled “PVC-free,” although they also make binders that contain PVC so be sure to look for the “PVC-free” label. Their products can be found in most national chains such as Staples, Rite Aid, CVS, and Target.

Greenroom sells recycled notebooks, binders, and pens with soy-based ink. Their products are available at Target.

All Moleskin notebooks are free of PVC.