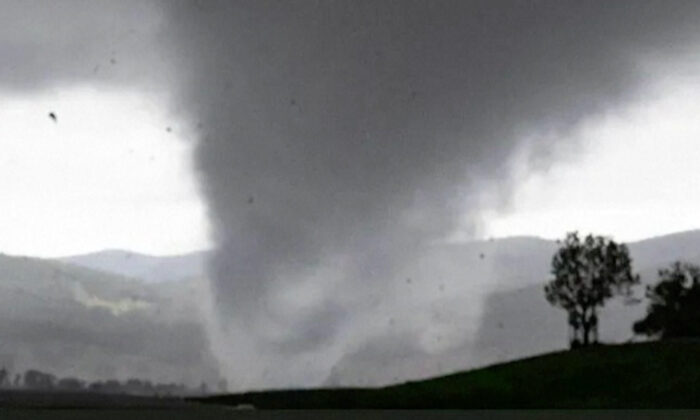 Police and ambulance crews were called to Meadow Flat, a town of 300 people near the regional centre of Bathurst, following reports of a tornado destroying a house just after noon, the emergency services said.

A man was taken to hospital with cuts to his arm. About 20 minutes later, the crews went to Clear Creek, with a population of about 100, about 30 km (20 miles) away, where a man and a woman were treated for minor injuries, the New South Wales ambulance service said.

“It’s not every day you get called out to a tornado and this one packed quite a punch,” said NSW Ambulance Inspector Meah Ferguson.

The NSW State Emergency Service issued a warning for people to secure loose items outside their homes.

“Crews are working as quickly as safety allows to clear debris and carry out repairs to the network, however there is no restoration time available at present,” a spokesperson said in a statement.