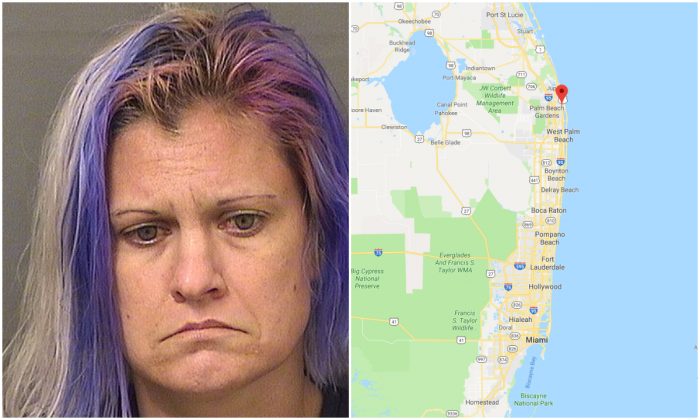 It was the second time since October that the same toddler ended up in a hospital for overdosing on prescription medication.

First responders rushed to a North Palm Beach, Florida, home on Thursday, Jan. 12, after a woman called 911 saying a 19-month-old swallowed two painkillers and seemed to be overdosing.

Crews revived the baby with multiple doses of Narcan and transported the child to Jupiter Medical Center. The child was then transferred to St. Mary’s Medical Center’s neonatal intensive care unit, the Palm Beach Post reported.

The woman, Jeanette Homan, 43, was arrested for child neglect with great bodily harm, and perjury. Information on her relationship with the toddler wasn’t released.

Homan called 911 reporting a dispute between her and another person, who wasn’t named. She initially said the other person threw a bottle of buprenorphine, a narcotic pain reliever. But she then changed her story, saying she may have dropped one or two of the pills.

Upon searching the home, authorities found an open medicine bottle and pills scattered on a dresser, where they could have been reached by the child.

Back then, Homan told the hospital staff she dropped the pills at night. She took the child to a hospital when she noticed the baby couldn’t walk at about 11 a.m., about three hours after the child swallowed the pills.

Homan was held at the Palm Beach County Jail on Saturday on a $51,000 bond.