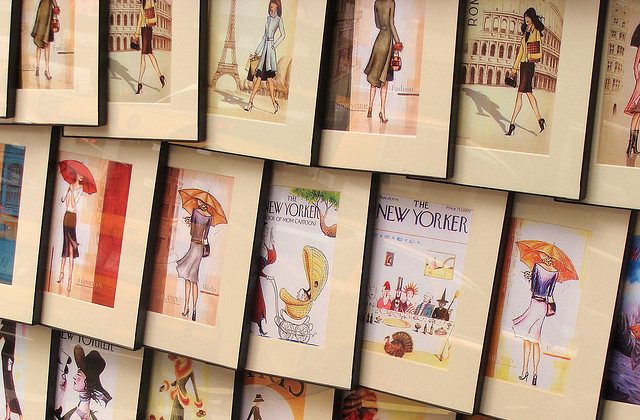 To See Why Attitudes on Having Children Have Changed, Look at … New Yorker Cartoons?

In the 1980s, sociologist Viviana Zelizer proclaimed that we were living in the age of the “priceless” child.

She noted that in the late 19th century, children were valued primarily for their economic contributions to their families, and to society at large. But by the early 20th century – and in the wake of child labor laws and declining rates of child mortality – the value of children started to be defined in sentimental terms.

Today, in an era of obsessive child-proofing and Amber Alerts and princess-themed birthday parties, the idea of the priceless child is easy to grasp. It can also be seen in the constant hovering of “helicopter” parents, ready to swoop in at a moment’s notice to protect their little darlings from harm, even minor inconvenience.

Yet popular culture also abounds with more complex – even overtly negative – portrayals of children and childrearing. We might think of the little terrors depicted in television shows like Toddlers and Tiaras and Super Nanny. Then there are the foul-mouthed pranksters of Southpark and The Simpsons.

Meanwhile, scholars, educators, and journalists have all raised concerns about the consequences of constant hovering, both for parents’ stress levels and for the fate of their overly-doted-on kids.

These more complex depictions of children and childrearing led us to our research questions.

First: Are contemporary social attitudes toward children and childrearing as uniformly positive as scholars like Viviana Zelizer suggest? Or are they more varied?

And second: Have changes in social attitudes toward children and childrearing followed the linear and positive trajectory that Zelizer describes, or have they evolved in more complex ways? To answer these questions, we decided to do a content analysis of New Yorker cartoons.

You might wonder: why, of all the mediums to study, would we choose to analyze the cartoons of a literary magazine?

Well, for one, cartoons are great for tapping into taboo attitudes – like negative perceptions of children and childrearing – that might not be revealed in surveys. And second, educated elites – like those who read the New Yorker – are often at the forefront of trends.

We started with The Complete Cartoons of the New Yorker, which contains all of the cartoons published in the magazine from 1925-2006 (70,439 cartoons). We then used the cartoon index to identify all the images depicting or relating to children or childrearing (6,199 cartoons). Next, we coded each image’s attitude toward children and childrearing.

This involved two steps. First, we identified which cartoons took a “critical” stance on children or childrearing and which did not. Then we identified the predominant theme of each cartoon.

Overall, we found that attitudes toward children and childrearing are more complex and more varied than what we might expect from previous research, and 43% of the cartoons in our sample took a critical stance. Those critical cartoons, in turn, did not become less common over time. In fact, our statistical tests revealed a curvilinear pattern, with critical attitudes toward children and childrearing being most common at the tail ends of our sample – 1925-1940 and 1990-2006.

These patterns are surprising in that they go against previously held assumptions that we are living in the age of the “priceless” child.

Positive portrayals of children and childrearing, on the other hand, were more common in the middle years of our sample, and particularly in the 1950s and 1980s.

So why are these patterns important? We argue that understanding shifting social attitudes toward children and childrearing can help us to better understand other broad social trends.

These include changing fertility rates (which can be tied to family decisions about whether to have children and how many to have) and changing social policies – in other words, societal decisions about who deserves support and why.

During the 2000s, for example, there was an increase in the number of cartoons highlighting the high costs that children pose to parents. This included economic costs, as well as costs in terms of parents’ freedom and flexibility. Then there’s the negative impact they have on society as a whole, either through the “mischievous” – even criminal – tendencies of children.

Such critical attitudes, in turn, may help to explain why fertility rates have declined and why so many adults are opting to forgo parenthood altogether.

So while a New Yorker cartoon might elicit a quick chuckle for a reader taking a break from 20,000 word article, the things we find funny can also tell us a lot about our cultural moment, our attitudes and the collective decisions we make.