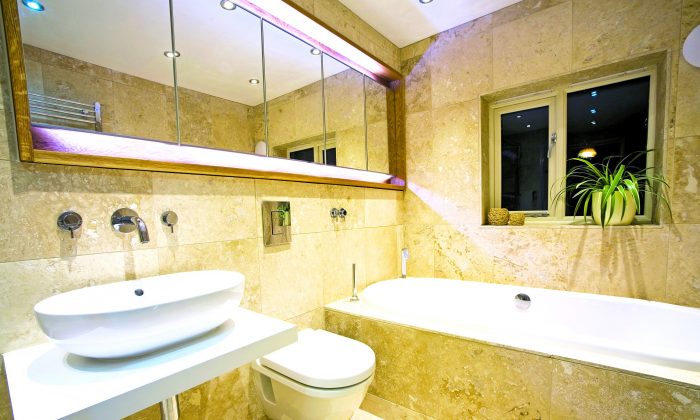 When was the last time you cleaned your bathroom? Always remember that excellent bathroom hygiene is essential to maintaining a clean and hazard free bathroom.

If you’ve been slacking lately, it’s highly likely that bacteria and germs have already begun to spread illness from one family member to another. What many people don’t realize, however, is that the key to a clean bathroom is, well, a clean you.

Factors such as how you shower, how you dry yourself off after a shower and even how you flush the toilet can make all the difference.

If you’ve gotten into the bad habit of sharing your bath towels with family members or roommates—snap out of it, and quickly. Sure, you’re probably saving a few dollars here and there by not having to do the laundry, or by not having to go to the laundromat as often, but you’re probably going to end up having to fork out even more money for medication and health insurance. Trust us when we say that it’s a much healthier (and cheaper in the long run!) alternative for everyone to have their personal bath towel.

Why, you ask? Sharing towels can help spread illness and disease. In fact, it’s one of the most common health hazards in American bathrooms. Health hazards such as bacteria, fungus and viruses love the warmth and moisture of bath towels. They thrive in these kinds of conditions. Did your son or daughter catch that nasty cold that’s going around school? If your kids are sharing towels, it won’t be long before the entire household is cold and flu infested.

Kings and queens… Do you flush with your toilet lid down? Or do you flush with your toilet lid up? You’ve probably never given it a second thought. Or you probably never knew there was a right or wrong way to flush to begin with! We don’t blame you. And we certainly won’t dethrone you. We get that it’s not a decision you’d think could be potentially hazardous to your well-being.

The truth of the matter is that if you’re an upper (you flush with the lid up) you’re essentially allowing thousands of teeny tiny droplets of water to soar up above the rim and into your bathroom’s atmosphere. Why is that such a bad thing? Hold your stomach. These miniscule droplets are home to hazardous bacteria such as the e-coli from your urine or poop that you released into the toilet bowl.

If you have a small bathroom, chances are that your countertop is filled with toiletries such as soap bars, toothbrushes, and other items that you make direct contact with on a daily basis, and will unfortunately be covered in e-coli. So, if you don’t feel like a side of e-coli for breakfast, get yourself and your family into the good habit of flushing with the toilet lid down to stop the bacteria filled droplets from flying into the air and to contain the e-coli in the bowl itself.

Singing in the Shower

Are you so eager to show off your vocals in the shower that you just can’t wait to hop in and get under that shower head and warm water? Think again, America’s next Idol. If you don’t clean your shower head on a regular basis, you really should let the water run for a couple of minutes before using your shower head as a microphone.

Honestly, when was the last time you cleaned your shower head (if you’ve even cleaned it at all)? It’s an all too easily forgotten hazard, but it doesn’t change the fact that there’s all kinds of gross hiding inside a shower head.

According to studies conducted by the University of Colorado, high levels of microorganisms and bacteria live in the water that comes out of unclean shower heads. It’s even filthier than the water going in!

Microorganisms, viruses, fungus, bacteria, and all kinds of pathogens thrive in such dark, wet and warm conditions. So, the next time you’re a little too eager to sing in the shower, we hope you’ll remember our advice.

To Vent or Not to Vent

Do you have enough ventilation in your bathroom? If not, it’s time to invest in an exhaust fan. A lack of ventilation combined with the often moist, warm and dark conditions of a bathroom, can, and often does, make mold happy and plentiful.

Matter of fact, give mold approximately 24–28 hours to get happy. And you bet they will. The kind of mold that grows in bathrooms come in a wide variety of colors and can grow on any given surface, but it may not be visible to the naked eye.

Mold spores are particularly hazardous to individuals who suffer from asthma or other respiratory health problems, and can even trigger asthma in young children. So, as a rule of thumb, turn on your exhaust fan while you shower, and let it run for an additional 20 minutes when you’re drying off and moisturizing.

What if you don’t have an exhaust fan? All you need to do is crack the door open slightly and it will make all the difference between a clean bathroom and hazardous environment.

American families are increasingly trying to lead healthier lifestyles through diet and exercise. It’s time we also pave the pathway to a healthier future for our family by preventing health hazards in our bathrooms.