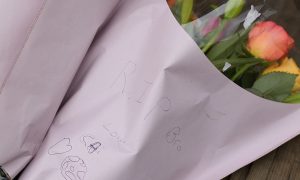 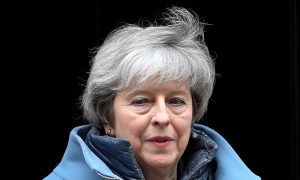 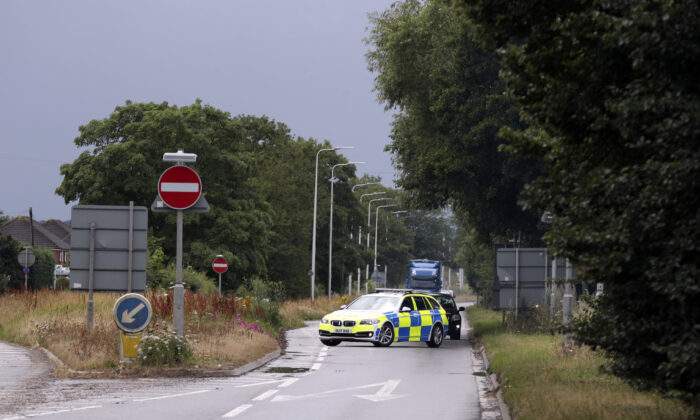 A police car closes the A4 during the Old Bailey jury site visit to scene where PC Andrew Harper died in Sulhamstead, United Kingdom, on July 1, 2020. The 28-year-old police officer died after being dragged behind a car after responding to a reported quad bike theft in August 2019. (Steve Parsons - WPA Pool/Getty Images)
UK

LONDON—Three British teenagers have been convicted for killing a policeman who was dragged behind a car for more than a mile after he confronted them over a stolen quad bike, in a case that shocked the country.

In August last year, the trio were towing the bike when approached by 28-year-old officer Andrew Harper who chased the group’s car, getting caught in the tow rope and being dragged for 1.4 miles (2.25 km) down a country lane.

His fatally injured body became detached from the vehicle and was left in the road, the Crown Prosecution Service (CPS) said.

“This is a truly heart-breaking case in which a young police officer with everything to look forward to tragically lost his life in the line of duty,” said the Chief Crown Prosecutor for the Thames and Chiltern area in southern England, Jaswant Kaur Narwal.

“He was killed trying to stop suspects who were prepared to go to any lengths to get away with their crime.”

Prime Minister Boris Johnson said at the time he was “shocked and appalled” by the case which came amid of spate of violent crimes as he promised 20,000 more police officers and 10,000 extra prison places to boost law and order.

The three teenagers were cleared of murder at the Old Bailey but convicted of manslaughter and will be sentenced next Friday.