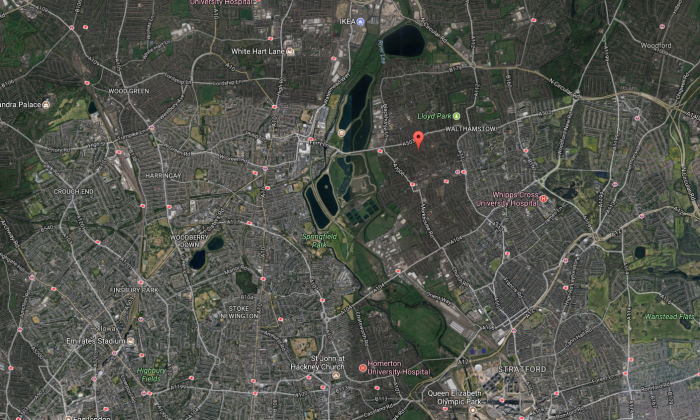 Thousands of people have donated to an online fundraising page to help a fast food delivery driver who is a victim of a horrific acid attack.

Doctors fear that the man, 32-year-old Muhammed Nawshad Kamal, will lose his sight in both eyes.

Police officers arrested a 14-year-old boy and a 16-year-old boy on suspicion of causing grievous bodily harm in connection with the incident.

Kamal was attacked on November 2 around 6 p.m. by two thugs on a moped as he delivered a pizza to an address in Walthamstow, east London, according to police.

Detective Chief Inspector Gordon Henderson said the attack left the man fighting for his life and with terrible eye injuries.

“This was an innocent man going about his work as a delivery driver, who may never see again,” he said.

The thieves demanded Kamal hand over his keys to his £2,500 ($3,270) scooter, The Sun reported. When Kamal refused, the pair attacked him. He banged on the door of the house he had just delivered to, but they were too scared to open the door.

The thugs sprayed and drenched the driver in the face with corrosive liquid, according to reports.

The victim was treated with water at the scene, but was taken to hospital in critical condition.

Half an hour later on the same night, a second man, also a delivery driver, was attacked by two men who attempted to steal his moped in Tottenham, north London.

A corrosive liquid was thrown in his face by the two thugs riding a moped. The man went to hospital but his injuries are not thought to be life threatening or life changing.

On Saturday, Najma Bhatti launched an online petition to raise money for Kamal.

Bhatti is a good samaritan, according to the Evening Standard, and her fundraising page has already raised over £8,000 ($10,460) at the time of writing.

“The Muhammed Nawshad Kamal was the victim of a horrific acid attack in Walthamstow London on Thursday the 2nd of November,” she wrote on the page.

“He has suffered catastrophic life changing injuries and reports say he may lose his sight.

“He was attacked whilst going about his work, earning an honest living—and now will no doubt need as much support as he can get from all of us.

“Please contribute whatever you can so we can help him and his family not have to worry about finances at least right now, so he can focus on recovery.”

One user wrote, “So sorry this terrible thing has happened—hope he makes as quick a recovery as possible given the circumstances.”

Another said, “The only way for Evil to win is for Good people to stand by and do nothing. Dear Muhammed this will not take away your suffering but know that a whole community stands behind you thinking of you.”