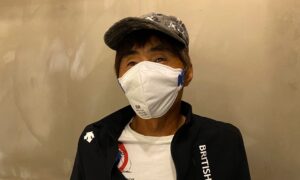 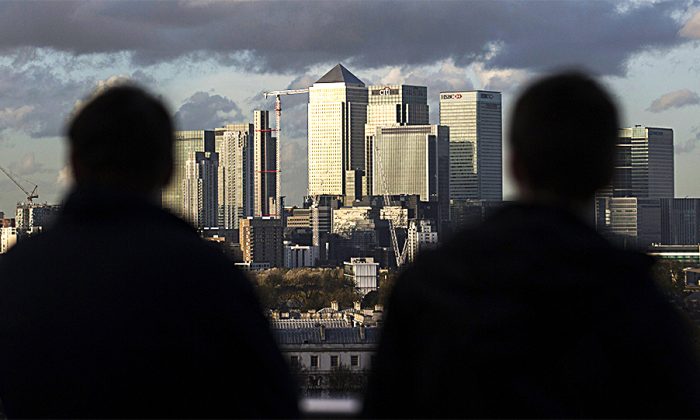 Late afternoon sunshine falls on the financial district in East London in 2014. Some areas of East London have seen a rash of gang related acid attacks carried out by men against other men. (ANDREW COWIE/AFP/GETTY IMAGES)
International

Acid Attacks on the Rise in London

BIRMINGHAM, England—Eighteen people were burned and two blinded in one eye in a recent acid attack in a London club, with the former boyfriend of a reality TV star arrested and charged.

The high-profile attack at the Mangle E8 nightclub in northeast London on April 17 underscores a rapid increase in acid attacks over the last two years in the United Kingdom and notably in London.

Experts say the increasing number of attacks appears to be due to East London gangs swapping knives for acid, taking advantage of legal loopholes to build up fearsome reputations.

Acid attacks have long been common in Southeast Asia, South Asia, and the Middle East and are on the rise in some developing nations. But the recent trend in the U.K. appears unique among developed countries.

“There is a possibility that young men are obtaining acid—which is very easily available and cheap—as an alternative weapon to a gun or a knife.”

Shah points out that it is legal to buy 96-percent concentrated acid without ID or a licence and the consequences can be terrible.

“The scarring at both a physical and a psychological level can be permanent. Blindness is a common consequence.”

He said that unlike knife or gun attacks, which can arise in self-defence or in the heat of the moment, acid attacks are arguably always premeditated.

Acid attacks could also be under-reported in the U.K., said Shah, following a documented pattern in other countries where victims are so traumatized that they are often too frightened to report the attacks.

Three-quarters of acid attacks known to U.K. police are never prosecuted because many victims are too frightened to give evidence, said Simon Harding, senior lecturer in criminology at Middlesex University and author of “The Street Casino,” a book on London gangs.

Like Shah, Harding said that it’s very hard to tell from the numbers the real level of attacks or the precise reasons, but said it appears to have become “voguish” in the gang culture.

“If you look around the world, it’s usually men attacking women. In India and Bangladesh, it’s normally ‘honor’ based,” whereby women are attacked typically for doing something that men or their families believe has disgraced them.

In the U.K., however, it is men attacking men.

Harding points out that the attacks are predominantly in the east of London. He said this follows the pattern of how trends typically spread through gang culture in a localized area.

“The M.O. gets picked up by gangs in that local area,” Harding said. “An acid attack would enhance what I would I call their ‘street capital.’ It leads an individual to have a monumental reputation, and then they become feared.”

There is a historical pattern of acid attacks growing alongside industrialization, as sulphuric acid becomes more widely available. This pattern is seems to be playing out in developing countries, said Shah, with increasing attacks in places like rural China.